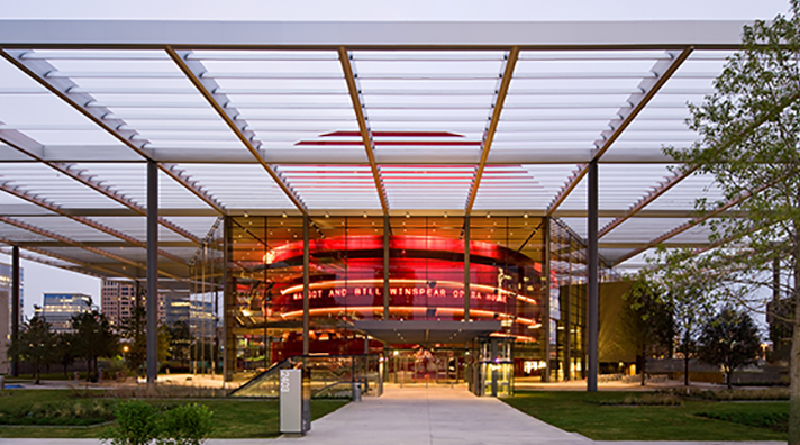 The Dallas Opera will stream the company’s 2015 production of Giacomo Puccini’s Tosca online beginning at 7:30 p.m. Feb. 26 and it will be available until March 27.

Tosca is The Dallas Opera’s third free video stream of an archival performance since the pandemic began. Earlier works have included Carmen and The Magic Flute. The opera was performed in Italian, with English-language supertitles projected on screen.

Tosca was conducted by Emmanuel Villaume, TDO’s  Mrs. Eugene McDermott music director (also music director of the Prague Philharmonia) who most recently led The Dallas Opera performances of The Magic Flute and The Golden Cockerel.

TDO’s Tosca stars American soprano Emily Magee in the title role of Floria Tosca, a celebrated opera singer; Chilean tenor Giancarlo Monsalve in his TDO debut as artist and revolutionary Mario Cavaradossi; and bass Raymond Aceto as the evil Baron Scarpia. All three of these artists have essayed their respective roles on leading opera stages around the world.

“Tosca benefits tremendously from a strong, youthful cast that brings these characters vividly to life,” Maestro Villaume said in 2015. “These people reveal the full spectrum of human behavior—from displays of extraordinary courage and heroism to moral indifference and the most terrible depravity.”

The production was directed by Ellen Douglas Schlaefer (Director of Opera Studies at the University of South Carolina School of Music) in her company directorial debut. Her professional credits include Faust for Washington National Opera, Scott Joplin and Treemonisha for Opera Memphis, The Little Prince for Houston Grand Opera, and numerous works for Wolf Trap Opera.