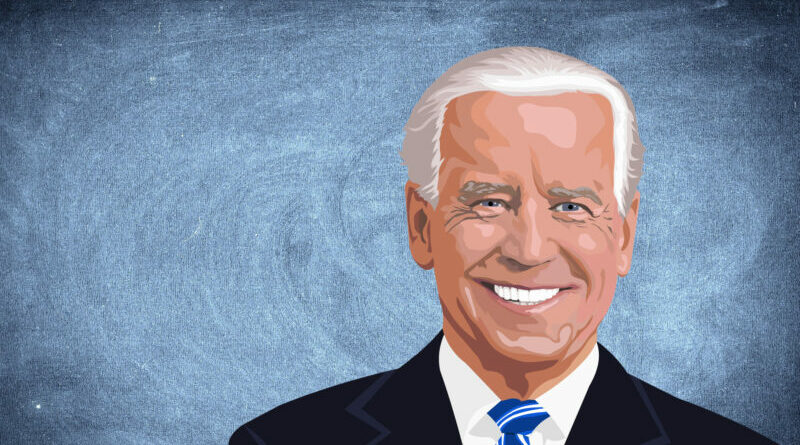 There has been a lot of discussion around education policy and where that intersects with the pandemic – but will things change once President-elect Joe Biden takes office?

Shortly after the election, the Biden campaign’s national policy director, Stef Feldman, fielded questions from Education Writers Association members (Bethany Erickson is a member of the EWA) in an on-the-record webinar.

Included in that discussion was Biden’s plan for education, including what qualifications he was looking for in a new education secretary.

Many items that are included in Biden’s plan will take Senate approval – meaning that the outcome of the Georgia runoff elections for Jon Ossoff and Raphael Warnock could make Biden’s plans harder or easier to achieve. Democrats must win both runoff races to get a 50-50 split, which would be broken by Vice President-elect Kamala Harris.

At the top of Biden’s education agenda, Feldman said, was addressing how to keep kids in school – safely – bring the virus under control, and addressing learning losses.

“Biden has a plan, which he rolled out in June and July, to safely reopen our schools and support our educators and students,” she explained. “It’s a five-part plan. … It starts with getting the virus under control. That requires listening to science, having nationwide mask mandates, making sure that we have the personal protective equipment we need, and using contact tracing to get the virus under control.

“Second, it includes setting national safety guidelines that are guided by science and empowering local decision-making regarding safe reopening of schools,” she said, adding that schools need “clear, simple guidance that is executable. And we just haven’t been giving our schools that.”

“It starts with getting the virus under control.”

Feldman said that Biden has been continuously talking to experts about funding needed to reopen schools safely, too, and that funding is part of his plan, too, as is “ensuring high-quality learning during the pandemic as educators are valiantly using remote learning.”

“And then the fifth part of the Biden plan for school reopening is to start thinking now about how we close what Vice President Biden has called the COVID-19 education gap, which is recognizing that despite all of the amazing efforts by parents and the amazing efforts by educators, so many children are falling behind due to remote learning,” Feldman explained. “And we need to be thinking now about how we help them catch up and succeed so this doesn’t follow them throughout their lives.”

But that’s not necessarily an open-at-all-costs mindset, Feldman said.

“A lot of groups have said that schools in areas with high levels of COVID-19 community spread should not be compelled to reopen against the judgment of local experts,” she said. “And that is certainly something that Vice President Biden agrees with. So the big federal role here is providing our local decision-makers with the resources and the information they need to make smart decisions.”

The overarching theme, she said is to open schools – but safely.

“Vice President Biden made clear that … he would direct FEMA to make sure that our K-12 schools get full access to disaster relief and emergency assistance funds under the Stafford Act,” she said.  “On top of that, Vice President Biden would be working with leaders in Congress right now to pass an emergency package for schools so they have all the resources they need. That’s money for things like ventilation and other health measures, but also money for things like hiring additional teachers so we can keep class sizes small and we can support our students’ mental health during this time.”

Much of his plan requires additional aid, and – as EdWeek.org’s Evie Blad pointed out, providing clear guidance to schools and local officials.

“Biden’s plan to help schools address COVID-19 calls for “listening to the scientists” about public health decisions that may be politically divisive,” Blad wrote. “He’s pledged additional relief aid for education, and “basic, objective criteria to guide state, tribal, and local officials” in reopening decisions that are sensitive to the “level of risk and degree of viral spread in the community.”

One thing that Feldman couldn’t guarantee was exactly what decision a Biden U.S. Department of Education would make about statewide testing required under the federal Every Student Succeeds Act. Last year, the department issued a blanket waiver, which later resulted in Texas canceling the State of Texas Assessment of Academic Readiness (or STAAR) test for the year. This year, current Secretary of Education Betsy DeVos has indicated she would not issue a waiver, and the Texas Education Agency so far has only been willing to remove the more “punitive” aspects of the test, such as grade promotion and school district A-F grades.

“This is an important question that a Biden/Harris transition team would have to look at,” Feldman said. “In some ways, the answer to this question depends on how much progress we can make in supporting our schools and getting them back up and running.”

We conducted a survey of parents regarding the STAAR, with 85% of parents who responded saying they don’t think the test should be given this year, with 54% saying they would opt out of the test if their child was required to take it on-campus. Another 27% said they would make that decision based on what the community transmission numbers looked like at the time of the test.

And while there is no Education Secretary pick just yet, Biden does have a transition team dedicated to education that includes Obama transition team member and Learning Policy Institute president Linda Darling-Hammond, and is comprised of subgroups to address specific areas, including K-12 education, higher education, and COVID-19 response.