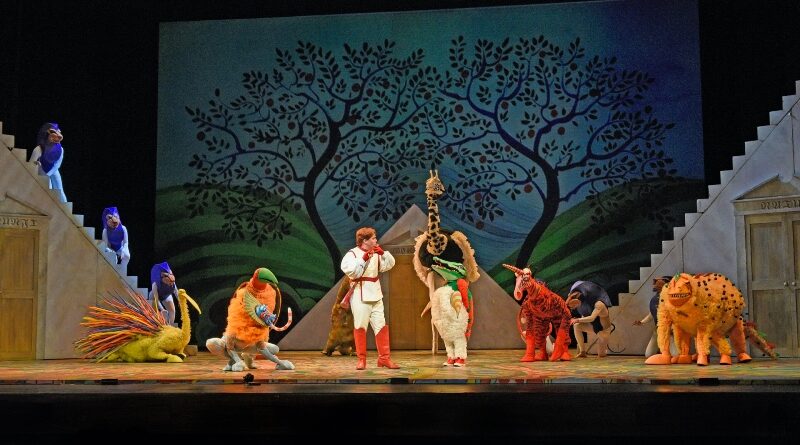 The Dallas Opera will make the company’s popular 2019 production of Mozart’s family-friendly The Magic Flute available free for home viewing for a limited time.

The production was originally simulcast live in high definition to a Dallas audience at Klyde Warren Park.

The Magic Flute video premiered online on Dec. 6 – but you can still watch it if you register online. Following the Dec. 6  stream, the program can be viewed by registrants for 30 days until Jan. 5, 2021.

“This program is part of The Dallas Opera’s ongoing commitment to deliver unforgettable performances to music lovers around the globe,” said Ian Derrer, the Kern Wildenthal General Director and CEO. “We are grateful for the support of our unions and the enthusiasm of our benefactors, which enables us to present this world-class opera production just in time for the holiday season.”

The ensemble cast also included Diana Newman as the First Lady, Samantha Hankey as the Second Lady, Hannah Ludwig as the Third Lady, Brian Frutiger as Monostatos, Abigail Rethwisch as Papagena, David Pittsinger as the Speaker — and Keiland Rhoss Holleman, Lukas Palys, and Michael Blumenthal as the Three Boys.

The 2019 Klyde Warren Park simulcast presentation of Mozart’s The Magic Flute marked the 18th free public simulcast in TDO history. The opera was performed in its original language, German, with English-language supertitles projected on screen.