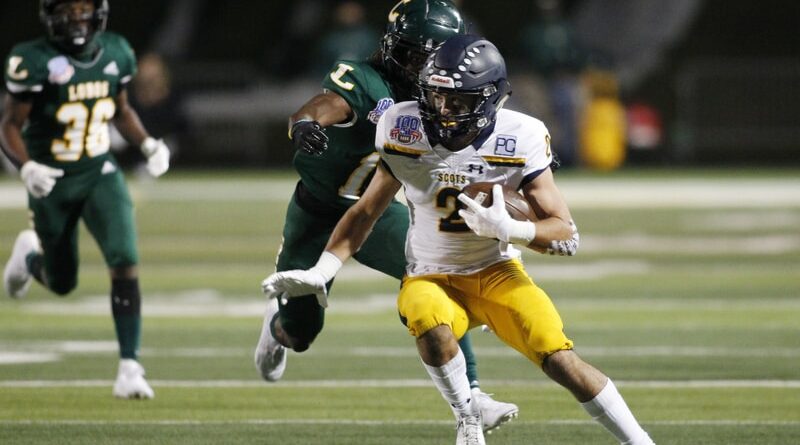 Four games into the season, the Highland Park defense has shown quite a hunger for turnovers and an appetite for big plays.

The Scots used both to devour another high-powered offense on Friday, holding off Longview 18-13 at Lobo Stadium in a seesaw game expected to have major District 7-5A Div. I title implications down the road.

Bending without breaking for almost the entire game, HP forced two Longview turnovers in the final two minutes, including a George Wright interception deep in HP territory to end the Lobos’ final threat.

Longview entered the game with a 20-game home winning streak. But an offense that had scored at least 49 points in four of its five victories this year reached the end zone just once against the unbeaten Scots (4-0, 2-0).

In some ways, the shutdown effort resembled HP’s other road victory this season against Rockwall — only this time, it was a nailbiter in which touchdowns came at a premium on both sides.

Brayden Schager passed for 330 yards and two touchdowns to carry the HP offense on a night when the running game was almost nonexistent. His favorite target was Will Pettijohn, who caught seven throws for 186 yards and a score. 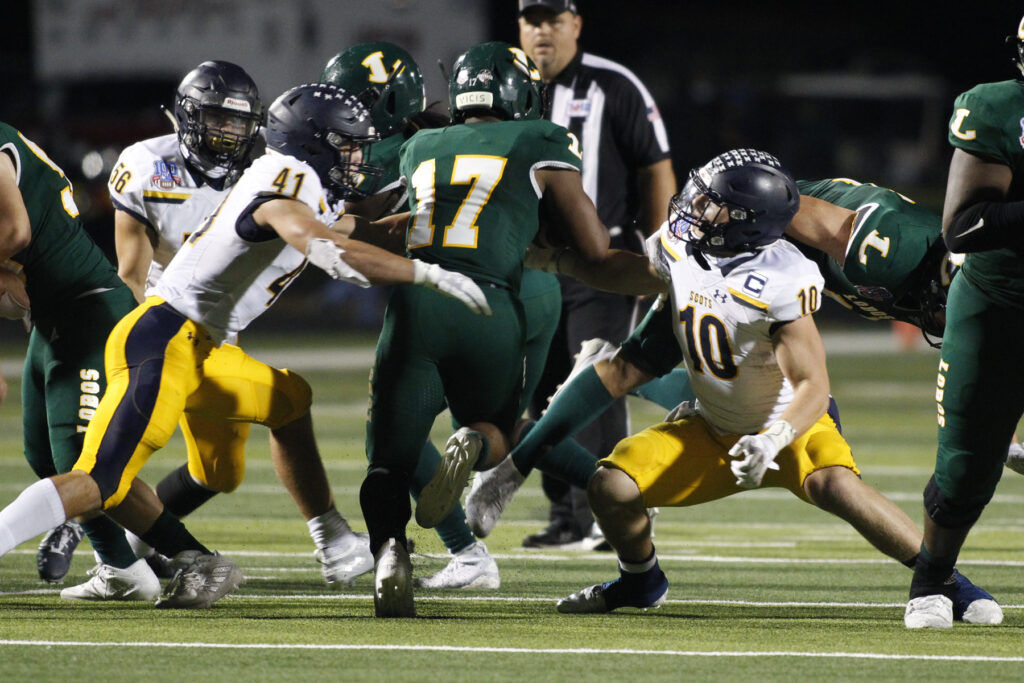 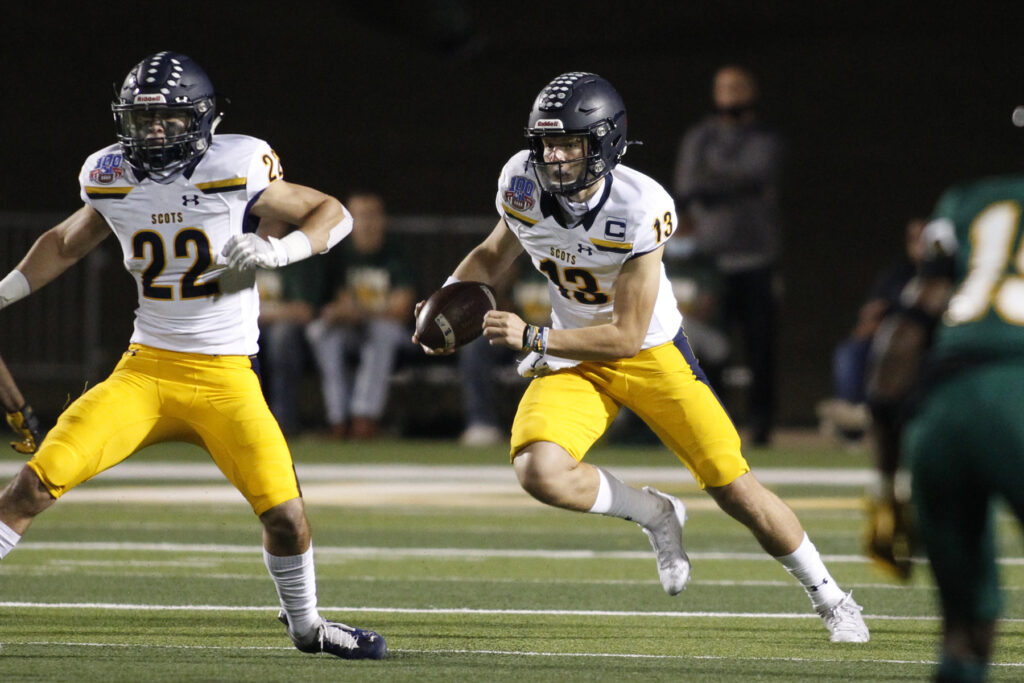 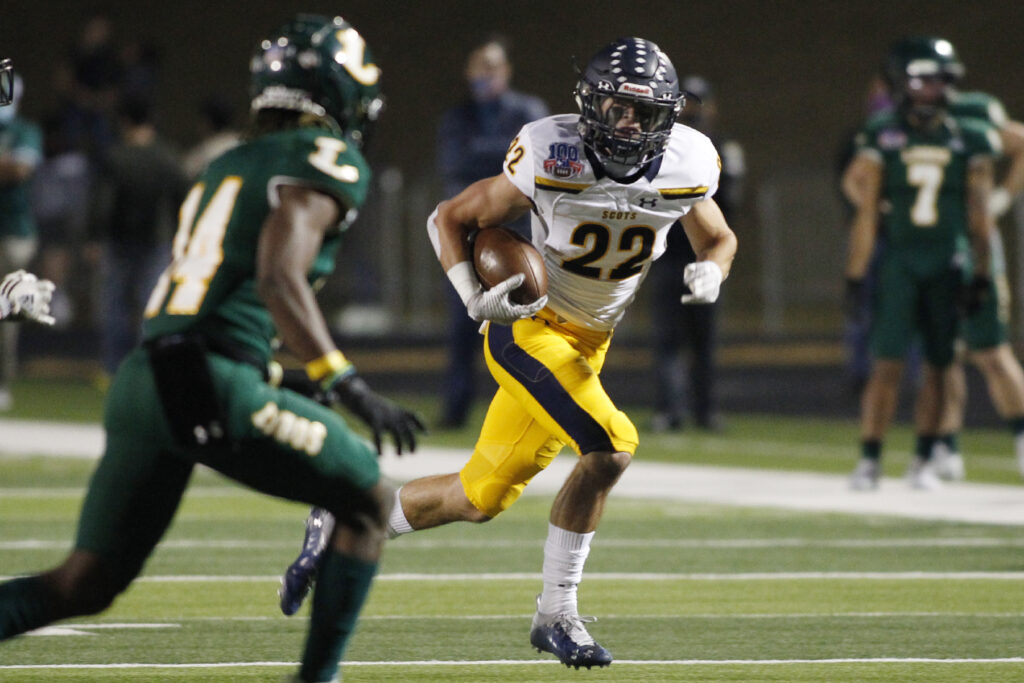 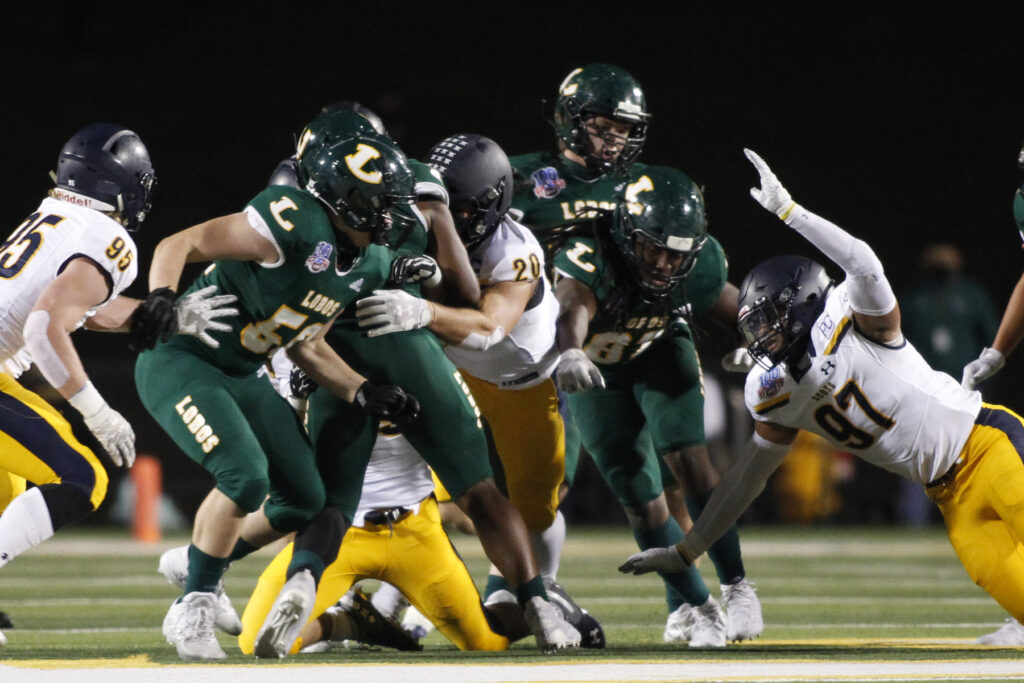 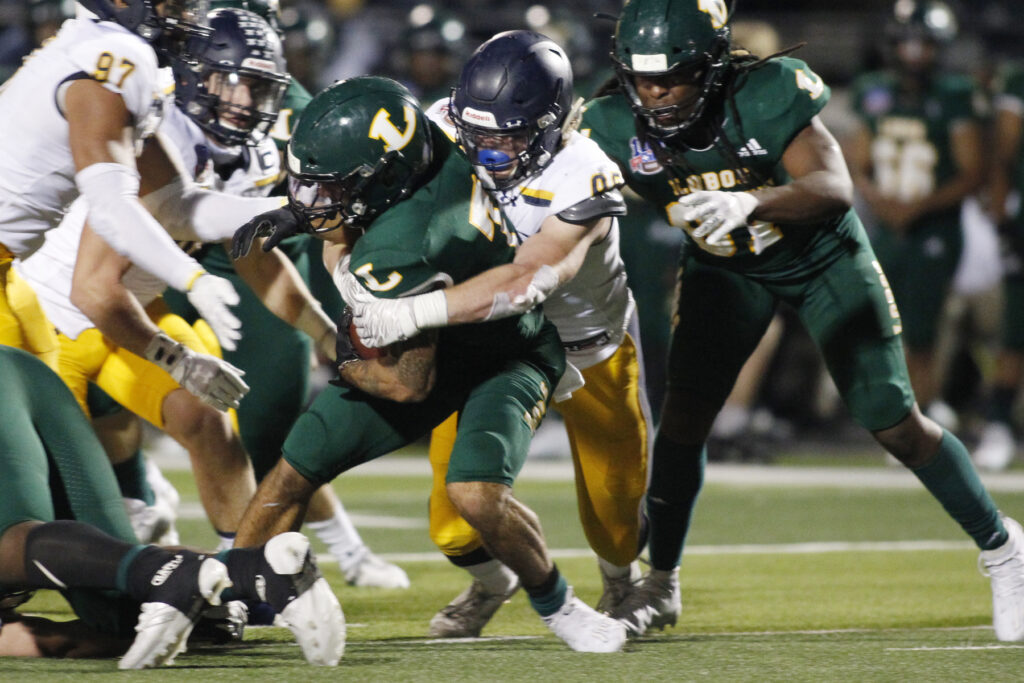 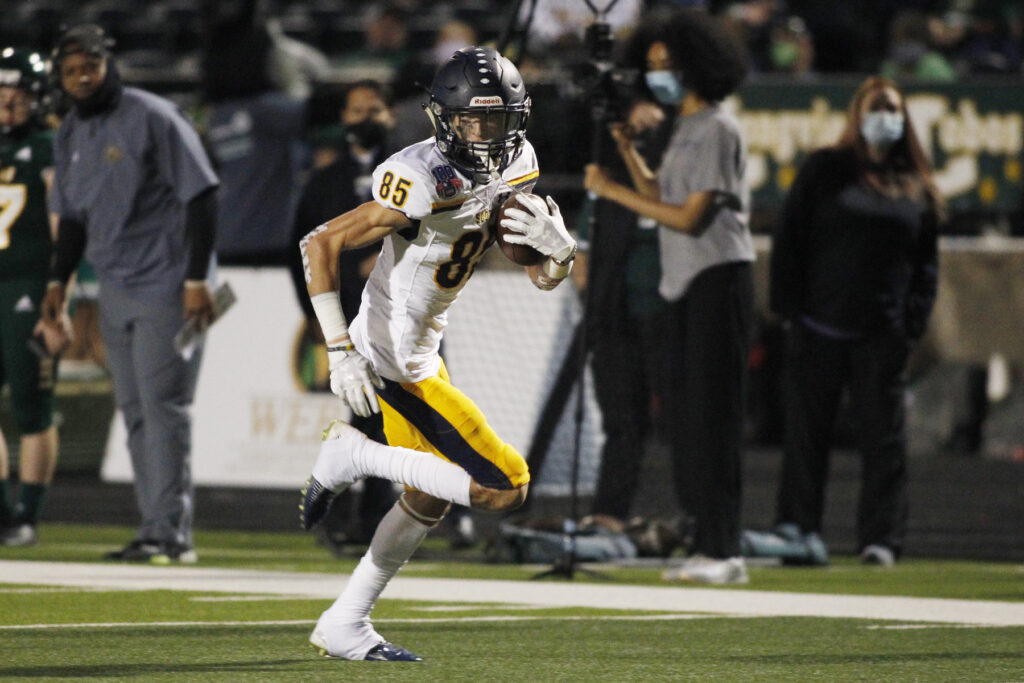 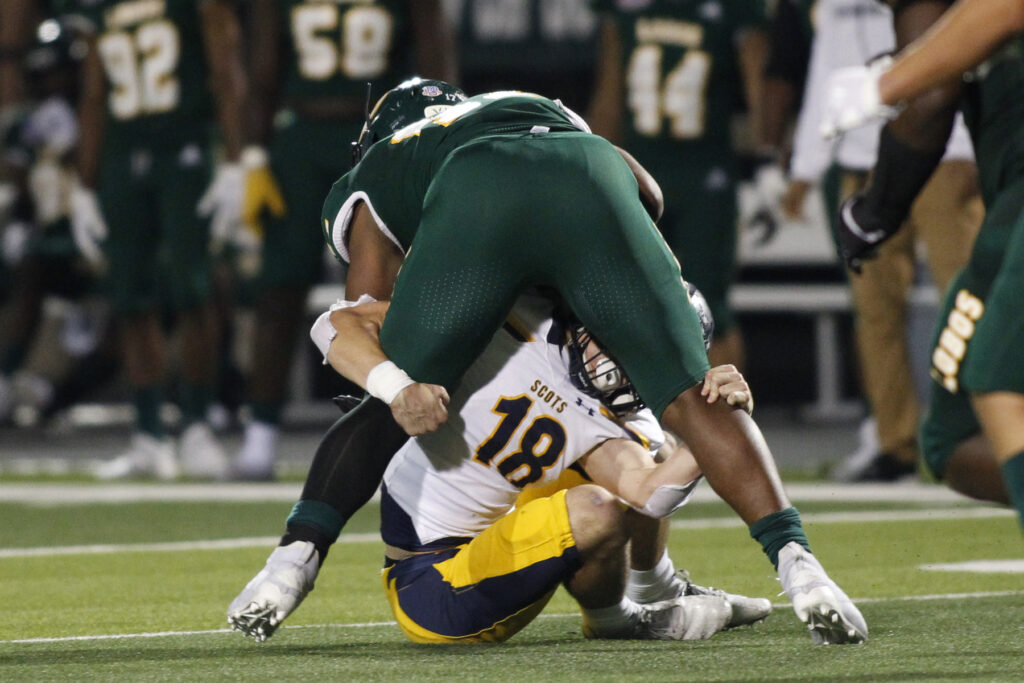 With Longview leading 13-12 midway through the fourth quarter, Schager and Pettijohn hooked up for 80 yards in two plays, including a 37-yard touchdown strike with 5:47 remaining that proved to be the game-winner.

On the game’s opening possession, Schager connected with John Rutledge on a 45-yard scoring pass that turned out to be the only touchdown of the first half for either team.

The Scots stretched their advantage to 12-3 early in the third quarter, on the second of two Jack Stone field goals.

That’s when Longview made its surge behind a ball-control rushing attack that consistently crossed midfield before bogging down, due to a combination of miscues and HP resilience.

Kaden Meredith scored the only touchdown for the Lobos (5-2, 2-1) on a 57-yard run on a fourth-down play in the third quarter. That trimmed the Longview deficit to 12-10.

The ensuing HP drive reached the red zone after a long completion from Schager to Pettijohn before a Longview interception ended the threat.

The Lobos responded with perhaps their best possession of the game, using 13 plays — including 12 on the ground — to consume more than seven minutes before settling for Antonio Onofre’s second field goal, which briefly gave Longview its only lead.

Meredith and Markevion Haynes were a dynamic backfield tandem for the Lobos, combining for 265 rushing yards. Sophomore quarterback Jordan Allen completed just nine passes, but seven of them went to Jalen Hale for 83 yards.

Longview held a slight edge in total yardage, in part because the Scots managed just 14 rushing yards. However, the Lobos were called for nine penalties compared to just one flag on HP.

Schager completed 15 of 25 passes. Eleven of those were to either Pettijohn or Rutledge, who finished with four receptions for 82 yards.

Despite the high stakes, the win did not boost HP to the top of the district standings. That could come next week, when the Scots return home to host 7-5A leader McKinney North.