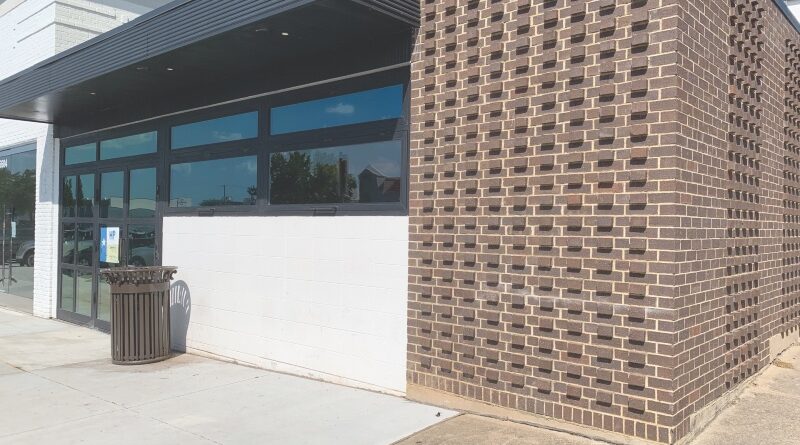 It came in the Snider Plaza building that until recently housed Peggy Sue BBQ, known when Hitzelberger was a boy as Peggy and Howard’s.

The longtime eatery may not be reopening, but memories remain.

Peggy Sue BBQ opened in 1989, carrying on the location’s barbecue tradition started by previous tenants Howard and Peggy’s, then Peggy’s Beef Bar, which closed in the late 1980s, according to the Peggy Sue BBQ website.

“While exploring the building, we discovered on the flat roof, the 1950s original porcelain metal letters used on the exterior—’Peggy’s Beef Bar.’ Only the ‘Peggy’ was in good shape. We suddenly wanted it to find new life,” Marc said. “To maintain the 1950s feeling of the place with an updated barbecue style, and because my wife’s name is Susa, and we loved the Buddy Holly song Peggy Sue, the new name came to us — Peggy Sue BBQ. So our exterior sign used the original metal Peggy and newly fabricated metal Sue BBQ in a matching style. Something old and something new.”

Snider Plaza has other vacancies, including the spaces that housed Stella Nova, Creme de la Cookie, and Junebug Kids.

“There’s a lot of people, obviously, that didn’t make it, and I think the next couple of months are pretty critical,” Washam said. “This is not business as usual.”

However, in recent weeks, he’s had increased interest in the spaces, and he’s been in talks with a lot of people about the space that housed Peggy Sue BBQ.

“I’m a little optimistic about the immediate future…If we can just get a few people in there so people can see that there are people coming in – that opens up all kinds of doors,” Washam said. “You have ownership that has different points of view that like to do things differently, so it’s not uniform…and a lot of people think that’s a negative. I tend to think it’s a positive if we all do it the right way because it keeps it eclectic if you will, and it keeps its personality.”