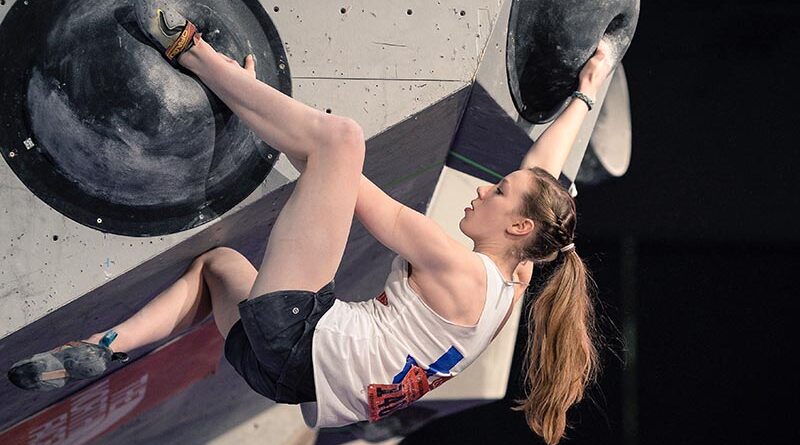 Sarah Kate Ashton has been climbing for almost half of her life but still hasn’t reached her peak.

The Hockaday senior is one of the top teenagers in the country in sport climbing, with two world championship appearances and a national title already among her accomplishments.

“It’s a more powerful style of climbing, which I like a lot,” Ashton said. “It’s less about endurance and more about problem-solving and your physical ability to do the moves.”

Three years ago, Ashton won a national bouldering crown in her age group, enabling her to represent Team USA at a world championship event in Moscow. The following year, she qualified for worlds again in Italy.

“It was so cool to meet the competitors from all over the world, and also to be part of the U.S. team,” said Ashton, a Preston Hollow resident. “It was an insane experience.”

That’s a far cry from fourth grade when her dad — St. Mark’s administrator John Ashton — took her to a climbing gym just for fun. She wound up joining a team almost immediately, and a year later, qualified for her first national competition.

“It’s less about endurance and more about problem-solving and your physical ability to do the moves.”

Her resume includes 16 national championship events overall, as well as a training camp in France with members of the French national team during her sophomore year.

Ashton insists bouldering isn’t as dangerous as it sounds since all climbers are familiar with falling techniques and typically land on giant mats when dislodged from the wall.

She trains at least five days per week at Canyons Climbing Gym in Frisco with her Lone Star Climbing teammates. Her coach is Kim Puccio, whose daughter Alex is an 11-time bouldering national champion.

Those are the heights Ashton aspires to reach, especially now that climbing is an Olympic sport. The first medals will be awarded next summer in Tokyo, helping to provide legitimacy for climbers worldwide.

“Everyone totally supports climbing becoming more mainstream, and gaining more understanding of what we mean when we say we’re competitive rock climbers,” Ashton said. “I would love to compete at the Olympics.” 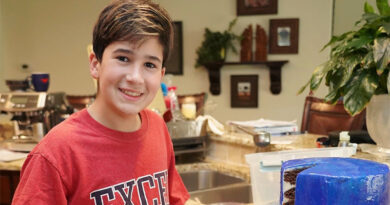