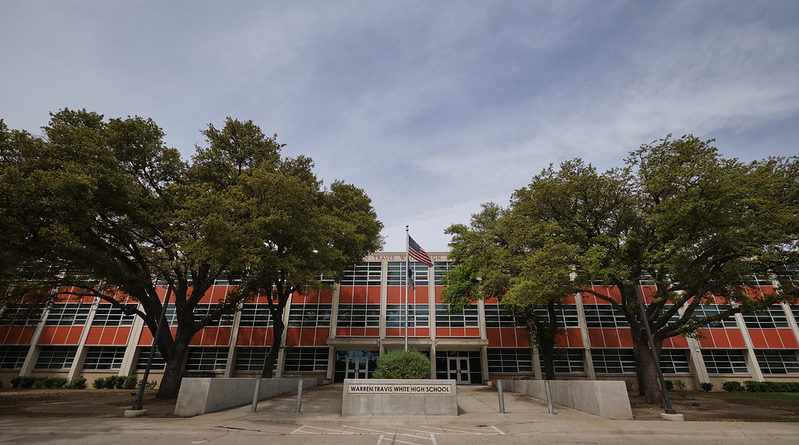 Longtime educator Elena Bates is moving on from her position as principal at W.T. White – but she isn’t going far, she said in a letter to parents and students this week.

Her resume includes stints as the high school’s ninth-grade transition coordinator, English-as-a-second-language teacher, instructional coach and swim coach. Hired by the district in 2000, Bates cut her teeth at Marsh Preparatory Academy, where she later returned to serve as assistant principal.

Bates, whose career with Dallas ISD began in 2000, also served as Marsh Preparatory’s assistant principal, as well as teaching and coaching positions at White, said she will be working in the district’s Office of Transformation and Innovation next year, as project manager.

“I have resolved to move forward with an opportunity to lead in a different capacity for students and families of Dallas,” she said. “As you can imagine, it has been a very emotional process for me and my family in making this decision.

“In the end, I feel that it is right, and I am confident that the W.T. White community will continue to thrive.”

“I will miss working in this neighborhood and the opportunity to interact with the most special group of young men and women,” she said. “Know that my dedication and commitment to students and families of Dallas ISD will continue in this transition.

“The vision that has been set before us all is merited for the students we serve. I have never believed in it more than I do now because I have learned from the work and devotion of this staff.”

But not long before Bates made her announcement, Woodrow Wilson High School basketball coach Patrick Wilson made one of his own – he was moving over to White, where he will serve as basketball coach.

“I have been offered and accepted a position at W.T. White High School, where I will continue to use my qualifications in my anticipation of growing the game of basketball, building a program like Woodrow Wilson and helping their athletic programs,” he wrote in a letter to Woodrow Wilson students and parents.

Washington, who said he is “sad to leave” but “excited about my new opportunity,” began coaching at Woodrow in 2001, and during his 20-year career, he amassed a 409-234 record and 15 winning seasons. He has coached teams to 14 playoffs and watched at least a couple dozen players go on to play college basketball.

This season, the Wildcats went 20-15 and lost to Highland Park in the Class 5A Region II quarterfinals. White, who did not make the playoffs this year while competing in District 8-6A, will compete in 5A next season.