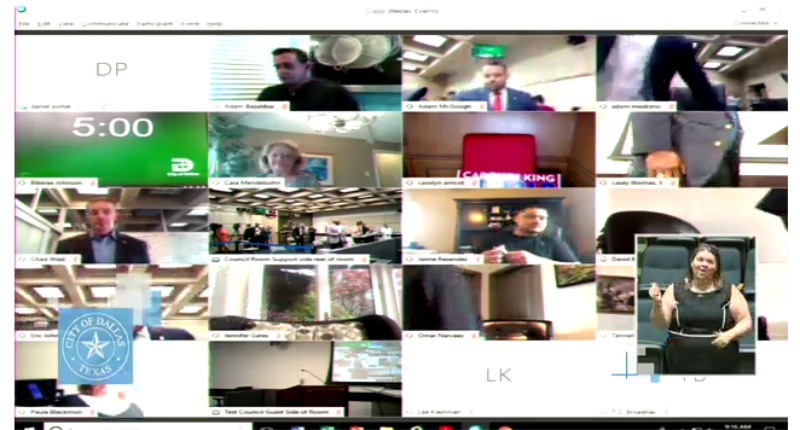 The state of emergency declared by Dallas Mayor Eric Johnson last week will last through April 29, at least, the city council voted in a special called meeting that lasted from 10 a.m. to just before 7 p.m. and was punctuated by a few technical malfunctions thanks to a new need to have every member video conference.

“The Dallas City Council on Wednesday extended its declaration of a state of emergency through April 29 at 11:59 p.m., deciding to give business owners a date they can point to — albeit a very, very precarious one — in which this might all be over. The vote passed 8-7, with the other Council members favoring an indefinite end point that would’ve granted Mayor Eric Johnson the ability to wipe the emergency declaration when he saw fit.”

Read more of their coverage here.