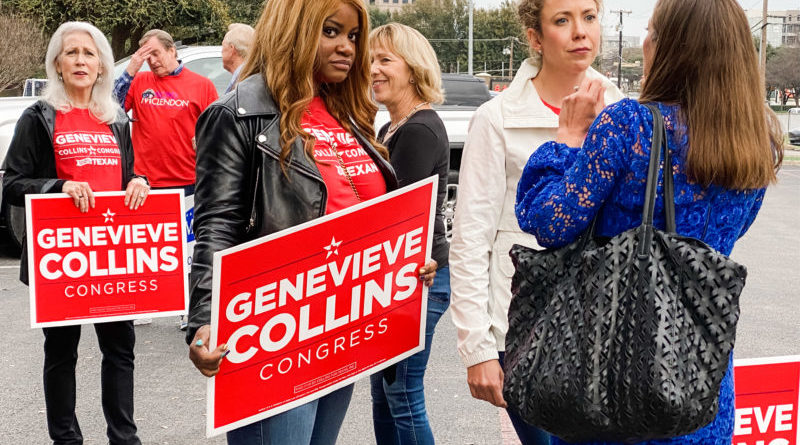 We’re minutes from the polls closing, and early voting totals will come in not long after that. If you’ve been following along with us today on Twitter, or on this story, we’re now moving from election day coverage to election night coverage.

Among the races we’re watching locally is the Republican race to see who faces off against incumbent Colin Allred for Texas Congressional District 32. Will it be a runoff between Genevieve Collins and Floyd McLendon, or will one of them win outright?

We’re also watching the Democratic race to see who will try to unseat incumbent state Rep. Morgan Meyer. Will it be Joanna Cattanach, who was only 200 votes shy of beating him in 2018? Or will it be Shawn Terry or Tom Erwin?

In the Senate race (and again, this is Dallas County only right now), West has more than 48 percent of early voting. So far, Cattanach has almost 59 percent of the vote as well in the Democratic primary.

The biggest contest locally for the Republican primary is the TX-32 race:

We will have some more totals in a few minutes, as we run through some other countywide races.

Moving forward, we’re going to give statewide totals for the presidential and senate races only until it is time to call races.

We’ll have more totals for local races as soon as we have returns from Dallas County. While we are waiting, Deputy Editor Rachel Snyder reports that she met a poll worker today that is also a relatively new U.S. citizen.

“Adeline Fournier, who became a U.S. citizen by way of France within the last two years, helped in new country by volunteering as a poll worker at Bradfield Elementary for the second time Tuesday,” Rachel reported. “Bradfield Elementary saw small lines, but a steady stream of voters throughout the day.”

Fournier’s neighbor, election judge Sandy McDonough, asked her to help at the polls and even attended the ceremony where Fournier became a U.S. citizen.

“I wanted to help,” Fournier said.

She said she feels a special connection to America and respect for its democratic process partly because her father is from Normandy.

Now, if only we could get some Dallas County returns …

We’re now moving returns to the table below. We’ll be updating it throughout the night, and it is our local races and pertinent statewide races only. Stay tuned for reaction and more analysis tomorrow, too.

One thought on “Who Surges Thanks to Early Voting?”