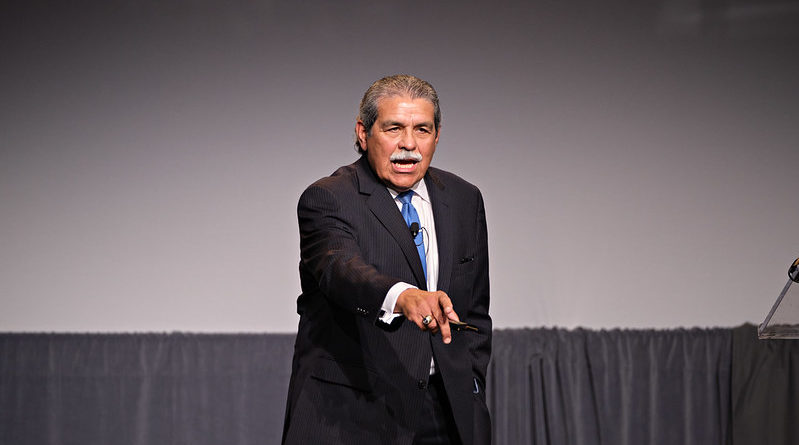 Despite the obvious pride – and the fancy environs of the Omni Dallas – superintendent Michael Hinojosa told reporters he didn’t want this year’s State of the District event to be a pep rally for Dallas ISD.

“I want people to understand that we’re in this for the long haul,” he said. “While we stumbled through some things, in the end, we have an opportunity to become a premier urban district. We haven’t transformed yet, but that’s our goal.”

But the crowd was clearly pleased with what they were seeing, from the moving beginning of the luncheon, with the Yvonne A. Ewell Townview Magnet Center Choir performing “I Was Here,” to the five students chosen to emcee the event, it was a showcase of the best and brightest things the district has to offer. Floral centerpieces were designed by Skyline High School students, cookies favors were created by culinary students at Lincoln and Molina high schools, and the brightly-colored T-shirts worn by the choir were pressed by the district’s Multiple Careers Magnet Center students.

Outside the ballroom, a photo gallery exhibition of students and teachers telling their personal stories about Dallas ISD was on display.

When asked if he worried about the optics of a relatively lavish event on the potential eve of a new bond campaign, Hinojosa said, “We were very fortunate that we raised over $135,000 from our partners and sponsors for us to be able to do this.”

Hinojosa’s address, which took the last half-hour or so of the event, detailed the district’s five-year plan, with several initiatives that include addressing racial equity, early learning, strategic compensation, and public school choice.

The discussion of his plan was punctuated by asides about the upcoming bond, which could range in size from $2.7 billion to $3.7 billion. “If we can just pass this bond election …” was a common refrain.

But every goal, he said, was tied to the four main goals.

The district’s strides to make racial equity a concentrated effort range from the development of an African American studies curriculum that was eventually adopted statewide, to several supports put in place for students in struggling schools.

When schools are struggling, Hinojosa said, “We don’t blame them, we help them.”

“I hate the term “F” schools – we call them focus schools,” he said, adding that the district’s goal is to have zero F-rated schools.

The superintendent, who will have helmed the district for 15 of 19 years if he finishes his contract, said that worries about whether they are having to pull schools in the Accelerating Campus Excellence program before they’re ready have been somewhat alleviated thanks to increased state funding that will allow them to continue supporting those schools, and avoid backsliding.

While strategic compensation – or rather, the merit pay system that hinges on the Teacher Excellence Initiative – can be controversial, Hinojosa said it’s also been “very successful,” adding that 1,100 teachers in the district will make more than $70,000 in base pay in the upcoming school year. There are about 10,000 teachers in the system.

Hinojosa also expressed his excitement about the district’s Transformation and Choice school program, which offers specialized educational models that are open to all Dallas ISD students, unlike magnet schools that require an examination.

“If you have grit and determination, you can succeed,” he said of these schools, adding that one disadvantage with magnets is that “you have to have a test score.”

With the addition of the downtown Montessori school this fall, Hinojosa said, “you can go to pre-K all the way to a master’s degree and never leave downtown.”

And by providing parents with more options, the district hopes that it can attract and retain more families.

“Our parents vote with their feet,” he said. 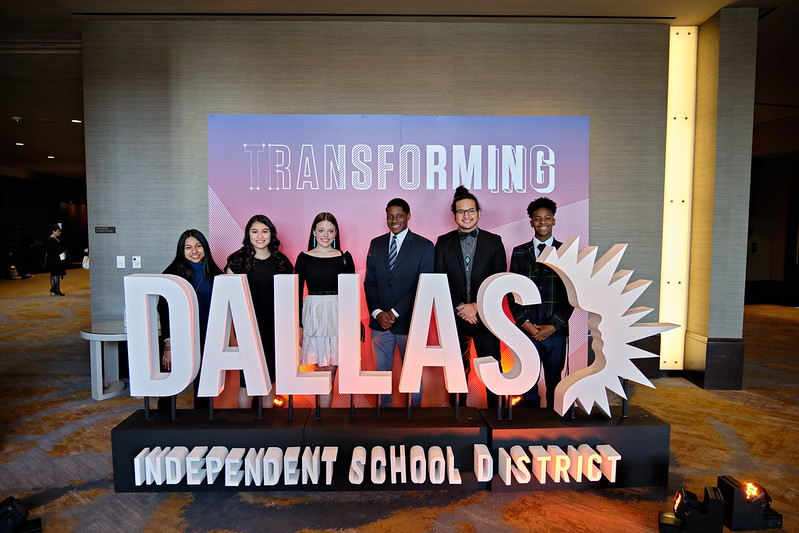 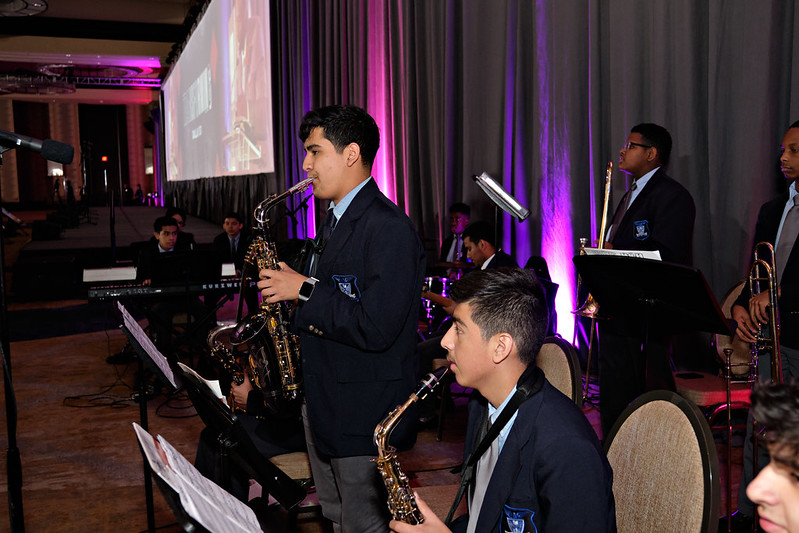 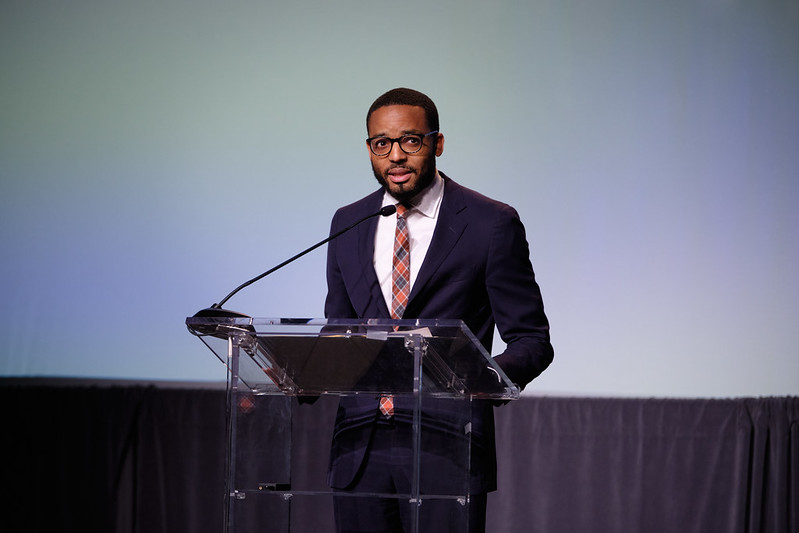 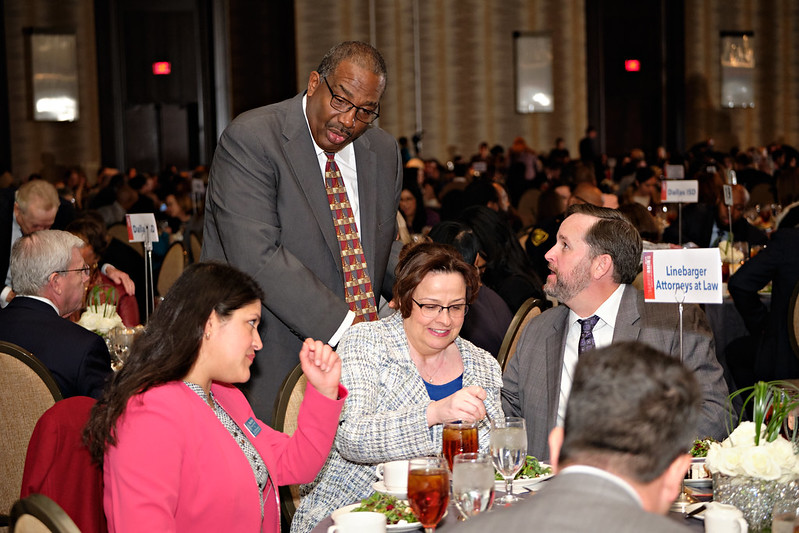 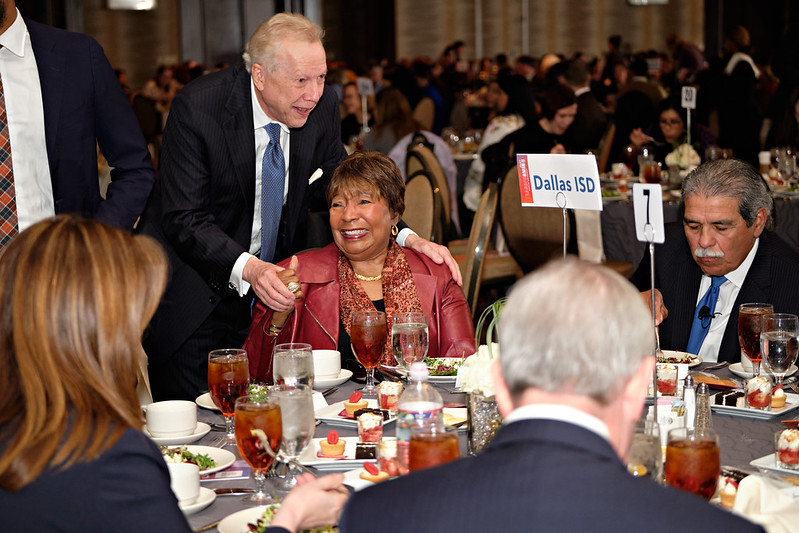 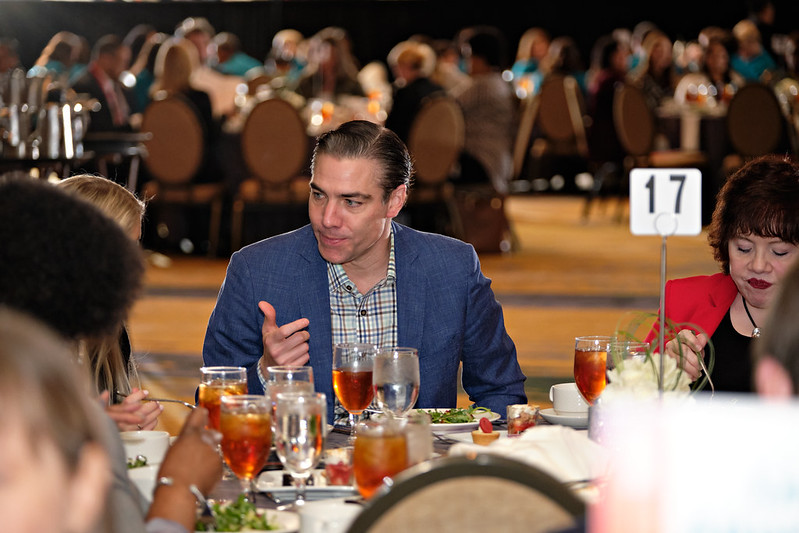 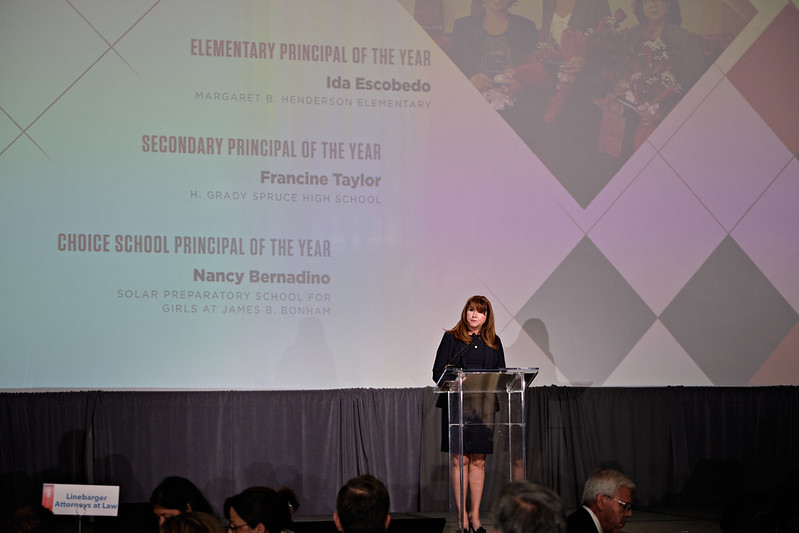 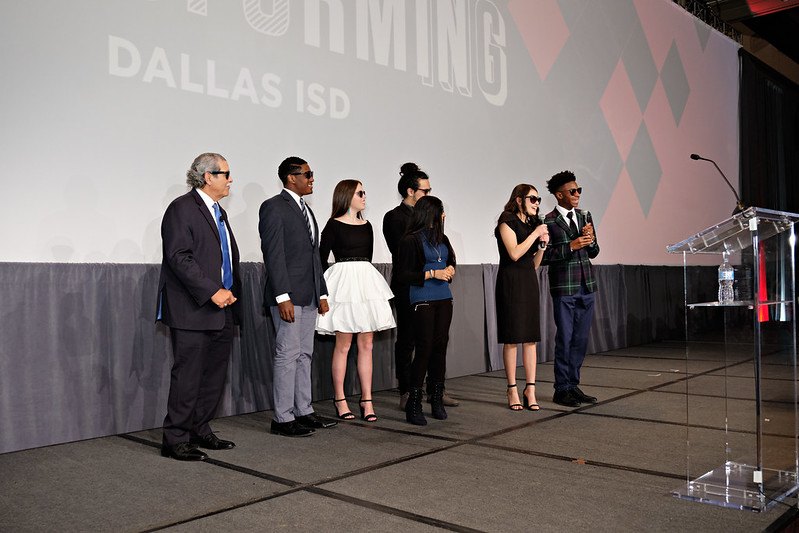 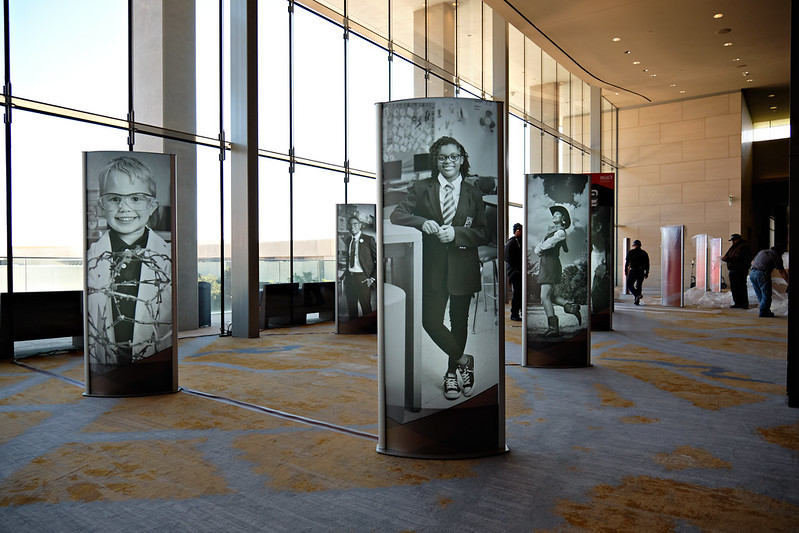 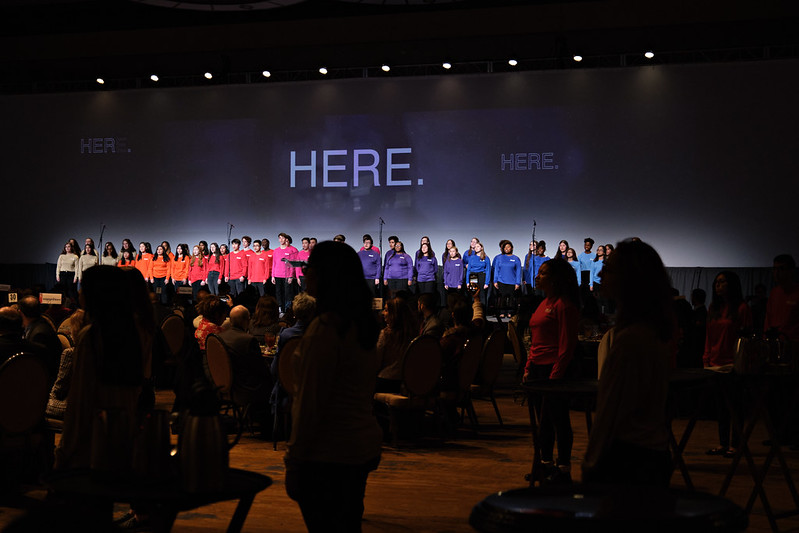 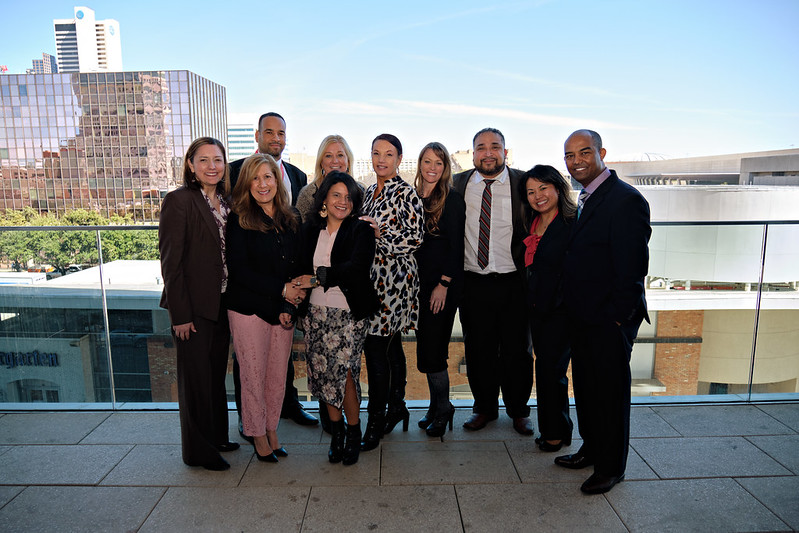 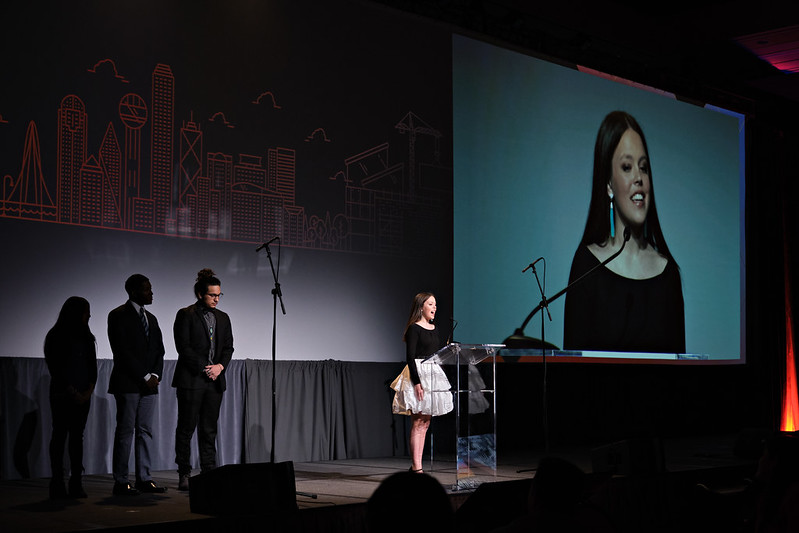 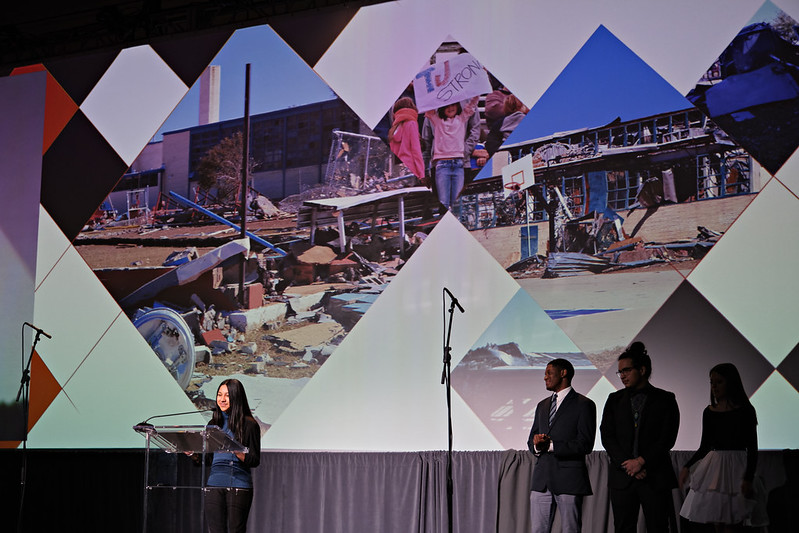 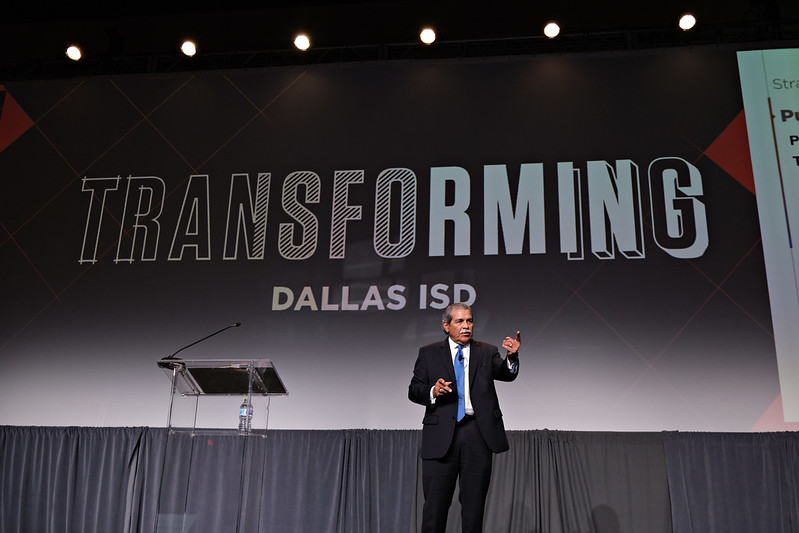 And while Hinojosa was excited about the 600 students that will graduate this year with a high school diploma and an associate’s degree thanks to the district’s early college high school programming, he’s extremely excited about the new career institute concept, too, which will allow students from eighth grade on to learn a trade or technical job, including aviation, HVAc, plumbing, electrical, and interior design. Cybersecurity is being added to that list.

So excited was Hinojosa, in fact, that he said if the bond doesn’t pass, the district might even use some of it’s “rainy day fund” to make the four career institutes it has planned happen, calling the opportunity for some students “a life-changer.”

In the post-event press conference, Hinojosa was candid about the challenges the students at the three schools (Walnut Hill Elementary, Cary Middle School, and Thomas Jefferson High School) that were hit by the Oct. 20 tornado faced as well, saying that some students at Thomas Jefferson High School who are now attending school at Thomas Edison Middle School in West Dallas were struggling with the impact of the new commute.

“Most of them are doing very well, some of them have had sinking spells, some of them have decided to take another option,” he said. “A lot of those students worked, so if you worked close to where you live, now you’ve gotta go all the way across town.

“This is going to be a long two years before we get those students back to that location.”

To see more of Hinojosa’s speech, see below. To see his press conference after the event, see the Preston Hollow People Facebook page.