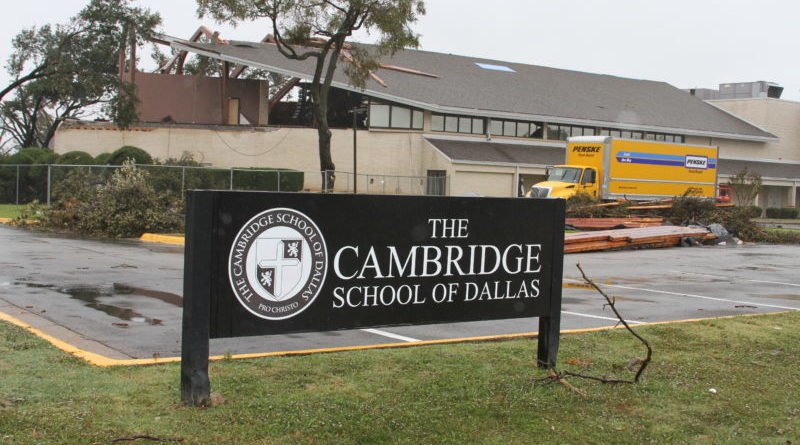 The Cambridge School of Dallas has been planning for a permanent campus for quite some time, but since the Oct. 20 tornado decimated its campus, its students have been at a temporary campus miles away.

The religious-based, classical, college preparatory school has about 107 students, and until Oct. 22, rented space from Northway Church near Walnut Hill and Midway, which was adjacent to  Thomas Jefferson High School and Edward H. Cary Middle School, all of which were decimated by the tornado. The school’s capital campaign, For the Generations, was launched recently,  to build a permanent home at  3202 Royal Lane, once the home of Walnut Hill Lutheran Church.

But that state of flux hasn’t stopped the school from carrying on both in the classroom, and with its planned events, including its Faith and Culture Series, which brings renowned authors and speakers to the school to focus on how Christian faith impacts the surrounding culture.

The pinnacle of that series – and one of the school’s biggest fundraisers – is the annual keynote dinner and lecture, which will be delivered this year by longtime WFAA anchor John McCaa, who will speak about moral excellence.  The school will also announce its scholarship recipients for the next school year.

The event will be held at Fellowship Dallas in the Worship Center at 6:45 p.m. on March 5. Tickets are $50 each. To purchase tickets and learn more, click here. 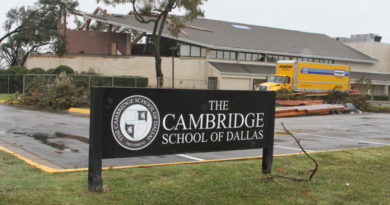