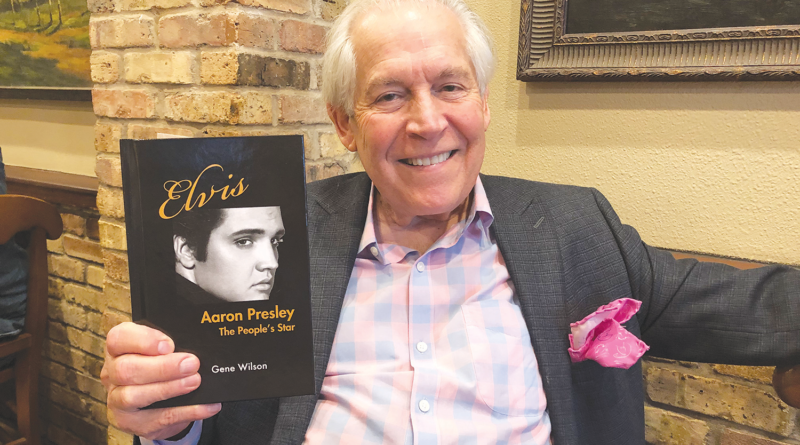 In a vast sea of Elvis Presley books, Highland Park author Gene Wilson has plunged in with his take on the King.

Elvis Aaron Presley – The People’s Star is a 152-page quick read that offers never-before-published tidbits and insights on Elvis, who Leonard Bernstein once said was “the greatest cultural force of the 20th Century”.

Wilson is a former Dallas Morning News sportswriter who created and co-hosted a Channel 8 show that focused on high school football, and it continues today. He later left sports and joined New
York’s Fairchild Publications in its Dallas office. For nine years, he wrote business stories, retail stories about men’s fashions, and in-depth sports profiles. He recently retired from The Wilson Company, a Dallas public relations, sports marketing, and sports representation firm that he founded in 1980.

“This book is the truth about Elvis.” -Gene Wilson

His affinity for Elvis Presley runs deep. He was a youngster growing up in New Boston, Texas when the pre-famous Presley performed at the high school gym in February 1955. Tickets were 50 cents each. Wilson purchased an autographed 8.5 by 11 photo of Presley for 50 cents.

The next June, Presley blew through New Boston again, this time selling out the high school stadium. Wilson met him and shook his hand. A few years later, Elvis would be the most famous star in the world.

“Several years ago, Elvis’ ex-wife Priscilla Presley said that someday someone would write the truth about him,” Wilson said. “This book is the truth about Elvis. It points out the good and the bad:
his overuse of prescription drugs, his inability to manage his fortune, and his refusal to listen to anyone, not even his father.”

Over the years, Wilson interviewed Elvis insiders, and today most of them are gone. But their insights live on in his book.

Wilson notes how Elvis routinely went to bed around 5:30 a.m. and slept until 1 p.m.; how he gave his friends Cadillacs, Rolex watches, and houses; how Colonel Tom Parker padded his own wallet with millions of dollars while managing Presley’s fortune; how Elvis appeared in 32 movies including Jailhouse Rock and Love Me Tender that combined for $254 million when adjusted for inflation.

In 1968, Elvis did a national television show that left him feeling that he wanted to perform once again before a live audience. In 1969, he opened in the new 2,500-seat auditorium at the Hilton Inn in Las Vegas and sold out every show until he died in 1977.

Reading about Elvis is always fascinating. What makes Wilson’s book fun to read is his passion for the subject, his Dallas Elvis stories, and his quest to write the truth about the King. 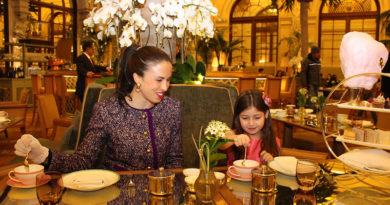 So You Think Uke Got Talent? Find Out Saturday