Police also released video footage Monday showing a man entering and then running from the store around the time Hollins, who was eight months pregnant, was shot. Hollins gave birth to a boy later Saturday and assistant chief Jim Savage said the mother and child remain in stable, but critical condition as of Monday.

“Investigators have not spoken with or identified the newborn’s father at this time,” Savage said in an email.

However, he said detectives briefly spoke with Hollins, who said she didn’t know the shooter, but described him as having a “raspy” voice.

“After meeting with our investigators this morning, we are releasing video that was obtained from cameras outside the CVS and that pertain to this incident,” Savage said. “The video shows that the suspect was inside the store for approximately one minute.”

“He demanded money from the other store employee who was behind the cash register while the gunshot victim was on the other side of the service counter,” Savage said. “The employee behind the register was having difficulty opening it and shots were fired at that time striking the victim in the waist area.”

“I came in to prepare (orders Saturday), saw the caution tape… went around, talked to other managers (nearby) and pieced things together,” he said. “It’s a small community here. We appreciate the support of the community.”

Are Cigs the Next Retro Trend? 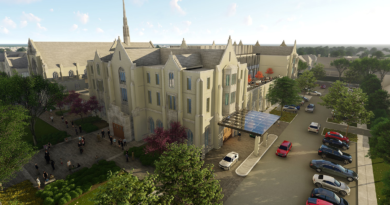 What You Missed At Tuesday’s UP City Council Meeting