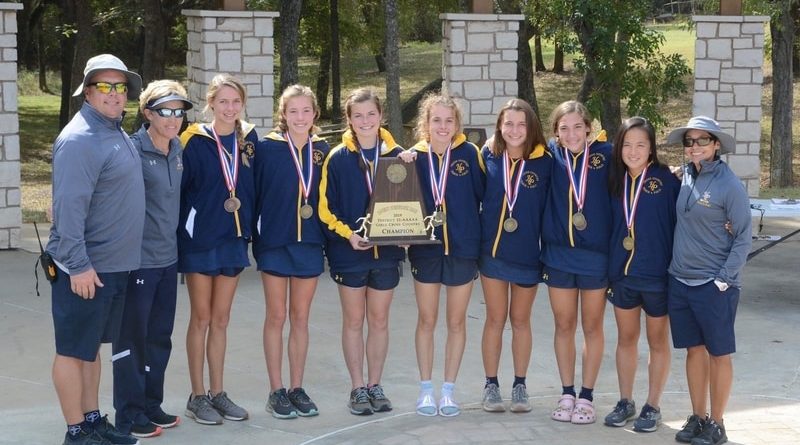 Highland Park will send a full squad of runners to the Class 5A Region II cross country meet next week.

The Scots won both the boys and girls team titles at the District 11-5A meet last week in McKinney, with the girls crown coming in especially dominant fashion.

Cameron Fawcett won the individual district title by completing the 5-kilometer course at Myers Park in 18 minutes, 40 seconds. She was followed on the podium by teammates Charlotte Hudson and Alli Grace Ott.

The Lady Scots placed five runners in the top eight overall, including Grace Hathaway (fourth), Isabel Blaylock (sixth), and Hadley Bornemann (eighth). The team won its 41st district title in the past 46 years.

In the boys race, the Scots narrowly held off Thomas Jefferson for the team title. Pierce Whiteman led HP by placing fifth individually in 16:57. Brett Jacot came in ninth.

The regional meet is scheduled for Oct. 28 at Jesse Owens Memorial Complex in southern Dallas. The 5A girls race will be at noon, followed by the boys at 12:30 p.m. The top regional finishers will advance to the state meet on Nov. 9 in Round Rock.