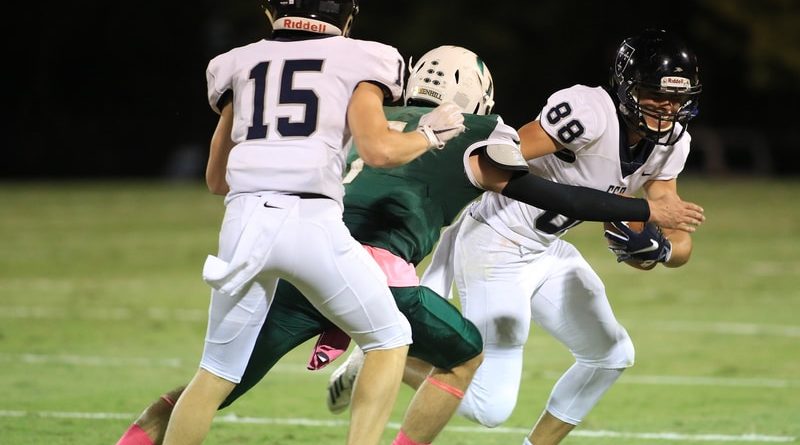 Preston Morway and ESD unleashed an aerial attack on Friday that would have been difficult for anyone to stop. Greenhill was the unfortunate victim.

Morway threw six first-half touchdown passes as the Eagles crushed the Hornets 61-6 in an SPC divisional game at Brinkmann Field.

Almost half of Morway’s 13 completions reached the end zone, including three to Jack Loftus and two to Brodie Burke, as ESD rolled to a 54-0 halftime advantage.

Burke scored the first two touchdowns for the Eagles (3-1) on receptions of 65 and 19 yards. Later, Loftus scored on three straight drives, the last of which culminated in a 70-yard pass from Morway.

River Woods returned an interception for a touchdown, and Smith Cochran scored on a 30-yard run as part of the first-half barrage.

ESD completed 20 of 24 passes between Morway and backup John Callis, who played the entire second half. Morway has now thrown for more than 1,200 yards and 18 touchdowns in just four games.

Greenhill suffered its fifth consecutive loss, and has been outscored by a combined 195-26 during that span. The Hornets (1-5) got their only touchdown on a third-quarter pass from Gregory Osler to Brodric Houston.

ESD, which bounced back from a loss to Houston Kinkaid on Sept. 28, will travel to face the Austin Saints next week. Greenhill will face Kinkaid on the road. 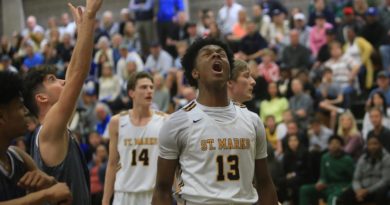