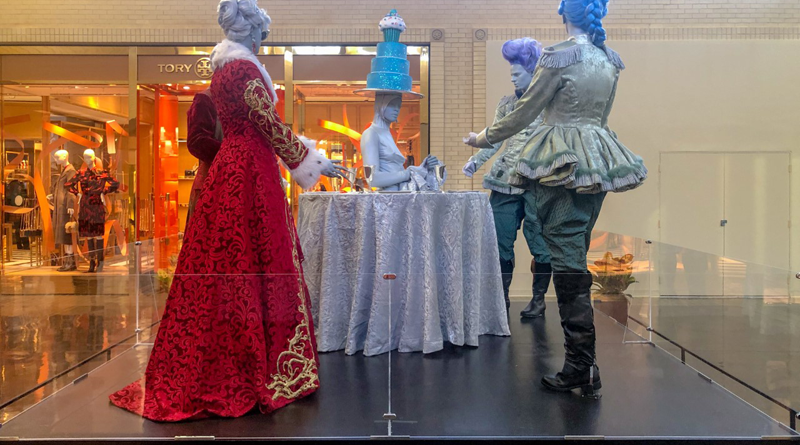 As we say in opera, Bravo!

Feast your eyes upon spectacular costumes created by some of the finest design talents in the world, as The Dallas Opera has once again teamed up with NorthPark Center to present rarely-exhibited historic costumes from its private collection.

The all-new FABRIC OF OPERA exhibition, building on the popular success of last year’s inaugural display, is on display through Nov. 6 at NorthPark Center Level One near Neiman Marcus and the newly opened Dolce&Gabbana retail boutique.

The exhibition was curated by Dallas opera set and costume designer Tommy Buourgeois and will showcase characters and costumes—both real and fantastical.

Get close-up views of meticulously researched outfits from nineteenth-century seafarers, modern-day mountaineers, contemporary opera stars, and the imaginary inhabitants of the North Pole, including elves and a young man named Nick.

“From the start,” writes Moby-Dick (2010) composer Jake Heggie, “we imagined an innovative, modern set and physical production, but we always thought of the costumes in classic terms. So did the great Jane Greenwood and she delivered beautiful clothes that helped us to understand and identify the characters clearly at every turn.”

Mark Adamo, the composer/librettist of Becoming Santa Claus (2015), worked closely with set and costume designer Gary McCann: “What Gary came up with is, to me, a designer’s equivalent to what Tolkien devised in The Lord of the Rings: a world made entirely of fantasy, which is, at once, as persuasive as history. I tried to achieve that project in sound. Gary made that sound visible.”

“Superb costume designs have always been an integral part of our company fabric,” explains Mr. Derrer, the general director and CEO of Kern Wildenthal. “The work of today’s best designers, seen in this exhibit, will undoubtedly inspire new generations of artists, designers, and Dallas Opera audiences.”

NorthPark Center is “Back To Business” after Fire is Put Out