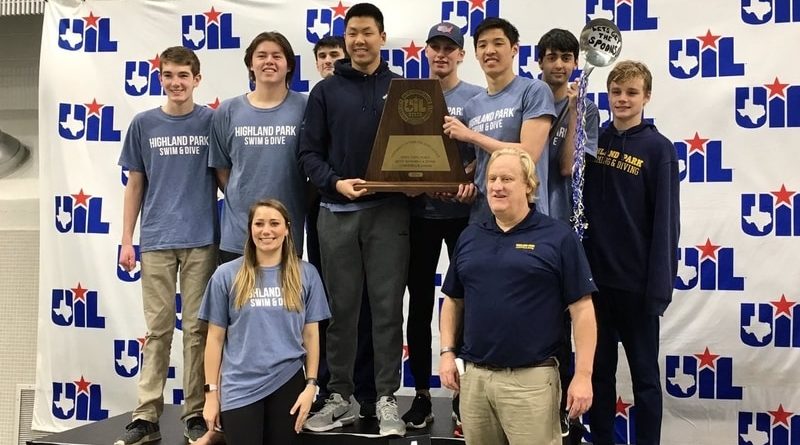 Peter Paulus won two gold medals to lead the Highland Park boys to a third-place finish in the team standings at the Class 5A state swimming meet on Saturday in Austin.

Paulus, a senior, won the 100-yard breaststroke in 56.38 seconds, with teammate Henry Wang placing third. Paulus and Wang also were part of a winning quartet in the 200 medley relay along with Max Van Cauwelaert and Ethan Nguyen.

Their relay time of 1 minutes, 33.62 seconds was just 0.11 seconds slower than HP’s meet record time from a year ago. However, while the Blue Wave defended its crown in that event, it lacked the depth to earn a third consecutive team title. Last year’s runner-up, Georgetown, assumed the top spot.

Paulus reached the podium again in the 50 freestyle, when he tied for third. And in the boys 200 freestyle relay, HP placed fourth with Nguyen, Wang, Paulus, and Alex Stidham.