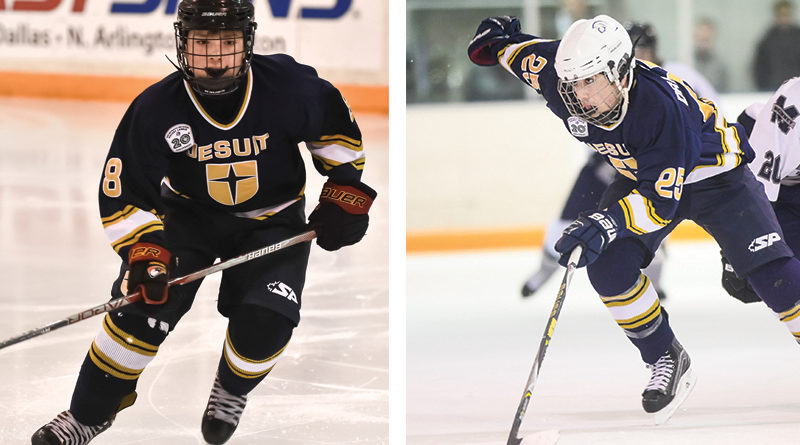 Wherever the Dragojevic siblings have gone, their love of hockey has followed.

From Canada to Michigan to Dallas, JonMichael and Seth Dragojevic have developed a network of friends in the sport and seen their skills consistently evolve.

(ABOVE – FROM LEFT: Brothers Seth and JonMichael Dragojevic hit the ice with a hybrid-style that mixes U.S. and Canadian influences. Jowdy Photography)

But they’ve never played together on the same team before enrolling at Jesuit, where they’ve emerged as two of the top scorers this season as the Rangers contend for a playoff spot in the AT&T Metroplex High School Hockey League.

The brothers are well-traveled on their hockey odyssey.

JonMichael, a senior, was born in Ontario while Seth, a sophomore, was born almost 2,000 miles away in New Brunswick. Growing up in Canada, they picked up hockey quickly.

“Moving around, hockey was a great way to meet new people. -JonMicael Dragojevic

By the time they relocated to Michigan in 2011, both brothers were experienced and talented players in junior leagues.

Three years ago, they came to Preston Hollow — hardly a hotbed for the sport — and continued their success as part of the Dallas Penguins youth organization.

Along the way, JonMichael said they developed their hybrid style of play that combines elements from the faster American game and the more tactical and deliberate methods traditionally taught in Canada.

Since they’re in Texas, they offer a football analogy to explain:

“Sometimes when forwards carry the puck here in the states, it’s a lot more like a running back who just wants to take the play and drive it to the opposing goalie. Your main objective is to get it by whatever means necessary into the offensive zone,” Seth said. “In Canada, you might have a more passing style that’s more relaxed and systematic.”

The siblings come from a family with a diverse athletic background.

Their father, who emigrated from Serbia as a youngster, was a top rugby and football player in high school and college. Their mother was a figure skater, an uncle played professional football in Canada, one cousin played pro hockey in Europe, and another gave up hockey in favor of a successful volleyball career.

At Jesuit, the brothers frequently skate together on the same line and have assisted on many of each other’s goals as part of an unspoken bond on the ice.

“It’s been a good experience,” Seth said. “You always know that someone is going to be there having your back.”

Playoff Berths on the Line Tonight 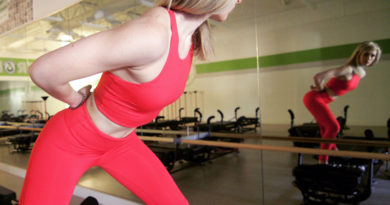