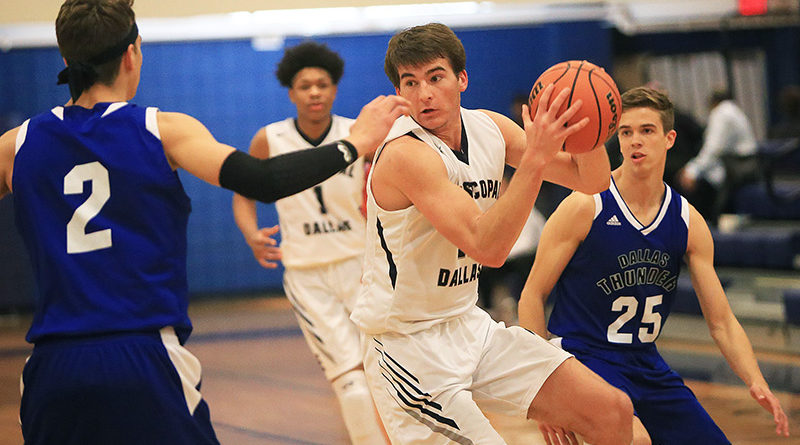 Keller Casey has just recently become more vocal on the basketball court, but his game has always spoken volumes.

The ESD senior hasn’t sacrificed his scoring and rebounding prowess while taking on more leadership responsibilities this season on a freshmen-laden team.

(ABOVE: Keller Casey wants to be remembered as one of ESD’s best players. Photo by Chris McGathey)

“It’s been different because you have to talk more in practice,” Casey said. “I’ve never been much of a vocal leader until this year.”

Casey has averaged more than 24 points and 12 rebounds per game for the Eagles in his third year as a starter, and is eager to lead a young roster on a deep run in the season-ending SPC tournament.

The point guard is most often the floor leader, but that role has become natural for the 6-foot-7 Casey, who usually rises to the top of the stat sheet while spending time both in the paint and on the perimeter.

“He’s done an amazing job,” said ESD head coach Corey Henderson. “He’s constantly asking me what he can do to be remembered five to 10 years from now as a leader.”

Casey averaged 15 points and eight rebounds as a sophomore, when he was named the Most Improved Player in the SPC North Zone. The following year, he earned all-conference honors while tallying 18.4 points and 10.1 rebounds per game. Among his highlights this season: a 26-point, 17-rebound effort against perennial power Kimball.

Henderson cited Casey’s work ethic and versatility as two keys to his success.

He proved his toughness, too, when playing through an ankle injury during a key SPC game last season against Greenhill.

“Every year he’s gotten better in at least one or two areas,” Henderson said. “He has a knack for being around the ball. He’s a multilevel player. The improvement has been phenomenal, both in the skill part and the mental part of his game.”

Casey, who lives in University Park, has attended ESD since first grade, always looking up to the school’s best players — including former Boston Celtics guard Phil Pressey — and aspiring to join their ranks. With his high school career winding down, he can proudly check off that goal.

“I always go out there thinking that I have something to prove,” Casey said. “I want to make sure I can leave that lasting impact.” 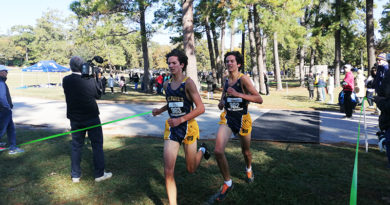 On the Run for St.Mark’s: Arroyo Twins Make Strides