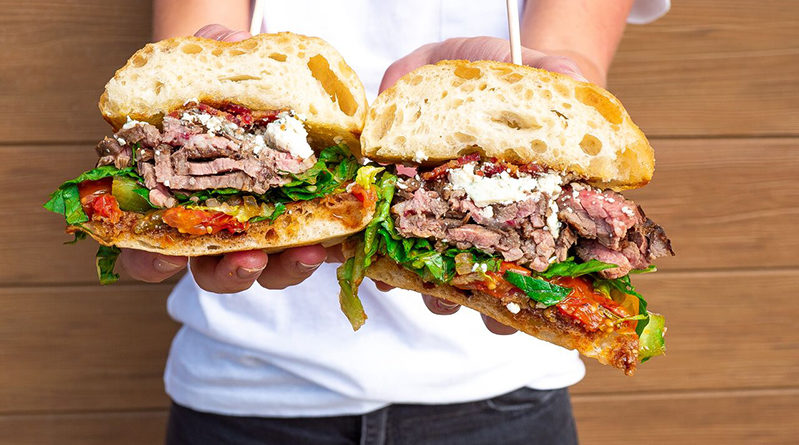 Whether it’s restaurants incorporating new seasonal flavors to their menus or a steakhouse rolling out vegan options, times they are a changing.

Al Biernat’s is familiar to any Dallas foodie looking for a good steak or an impeccable brunch that’s peppered with the likes of prime rib hash or lobster and scrambled egg tacos, but what about Tofurky? Recently, the upscale restaurant rolled out a vegan menu that offers a little something for any palate. The four-item menu includes grilled portobello mushroom enchiladas, a Tofurky Italian sausage stack, a stir-fry of linguine pasta, veggies, and seitan protein, and Al’s vegan bowl (brown rice, black beans, squash, and carrots).

We recently stopped by the eateries North location to celebrate its one-year anniversary and taste some of the new vegan options – we went with the enchiladas and sausage stack. Both were plenty flavorful (the sausage stack was our favorite) and we can’t wait to return to try the other options. And don’t worry plant-based friends, we already pointed out that a dessert option was missing from the new menu.

And if vegan isn’t your thing, the North location at 5251 Spring Valley Road is also celebrating its anniversary with an exclusive $59 three-course decadent menu.

Other menu options include the fifty/fifty (a select sandwich paired with a “chowda” or market side), and a host of salads, such as Emerald Kale and Quinoa, the herb grilled chicken Weekender, and P’s Kale Ceaser 2.0.

East Hampton Sandwich Co. has several locations including one in Snider Plaza and Turtle Creek Village. Speaking of eating for Charity, through January Flagship Restaurant Group concepts are offering special menus where 10 percent of proceeds from that menu will be donated to charity. The two charities benefiting from this promotion are the Sustainable Fisheries Partnership and Environmental Working Group.

Sustainable Fisheries Partnership rebuilds depleted fish stocks and works to reduce the environmental and social impacts of fishing and fish farming. The nonprofit organization engages fishery stakeholders and seafood businesses to promote sustainable seafood production. Blue Sushi Sake Grill will be donating their proceeds to this cause. Blue Sushi, which also has an Uptown location, will serve on its Comfort Cravings menu two drinks, the pineapple infused Magnum p.i. and a taki Japanese whiskey plum fashioned. Food options will include an udon soup, scallop dynamite, and a seasonal dessert maki.

The Environmental Working Group is a nonprofit organization whose mission is to empower people to live healthier lives in a healthier environment. Through breakthrough research and constant education, the EWS is dedicated to protecting our health and the environment by making consumers aware of the products they buy and the companies they support. Blatt Beer & Table will be supporting this charity.

The specialty menu at Blatt Beer & Table will include Gochujan charbuff wings and a Pina Old Fashioned. 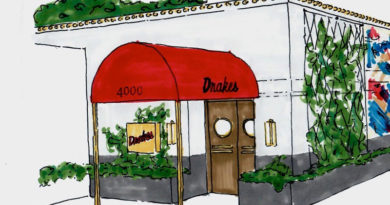 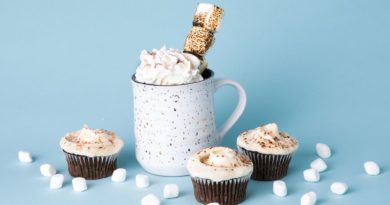