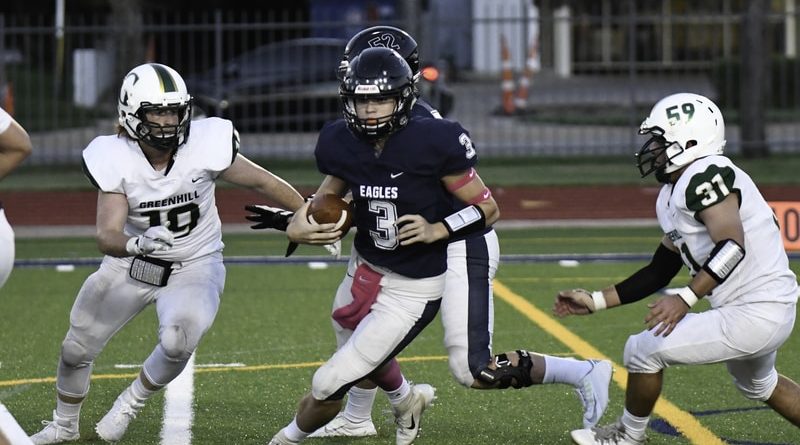 Preston Morway threw for more than 300 yards and five touchdowns to lead ESD to a 51-3 victory over winless Greenhill at Jones Family Stadium on Friday. The Eagles finished with 51 unanswered points in the SPC 4A rivalry game.

“Our plan was to start strong and execute immediately on offense,” said ESD head coach Richard Williams.  “We didn’t do that last week at [Houston] Kinkaid, and as a result lost the game.”

Despite the lopsided final score, the start was shaky for ESD (2-2, 1-1), which ended its first three offensive series with a fumble and two punts.

Then Greenhill put together a six-play, 55-yard drive and went up 3-0 on William Cohen’s 30-yard field goal. Angelo Drossos’ 44-yard pass to Carlton Collins set up the game’s first score at the 6:25 mark of the first quarter.

“ESD has a talented group,” said Greenhill head coach Casey Selfridge. “We wanted to slow their offense down immediately, and we were able to do that in the first quarter.”

The Hornets (0-6, 0-3) held ESD to under 20 yards of total offense in the first quarter, but the Eagles found their groove after that.

Betts’ 54-yard catch got the Eagles on the board early in the second quarter. ESD capitalized on a Hornet turnover and made it 14-3 on another Morway touchdown strike, this one on a 32-yard pass to Jack Loftus.

Morway and Loftus hooked up again just before halftime on a 9-yard touchdown, and Jackson Mechem’s 40-yard field goal made it 24-3 at the break.

“This is an exciting year for us,” said Williams, whose team finally played its home opener after two previously scheduled home games were canceled because of weather. “We have new turf on the field, an experienced squad, and great fan support.”

Drossos threw for 95 yards for the Hornets, while DaRon Hall caught four passes for 27 yards. Greenhill has failed to score a touchdown in three of its six losses this season. 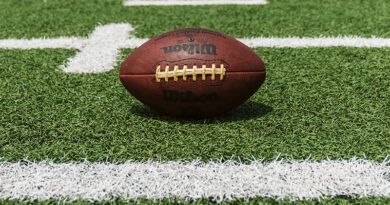