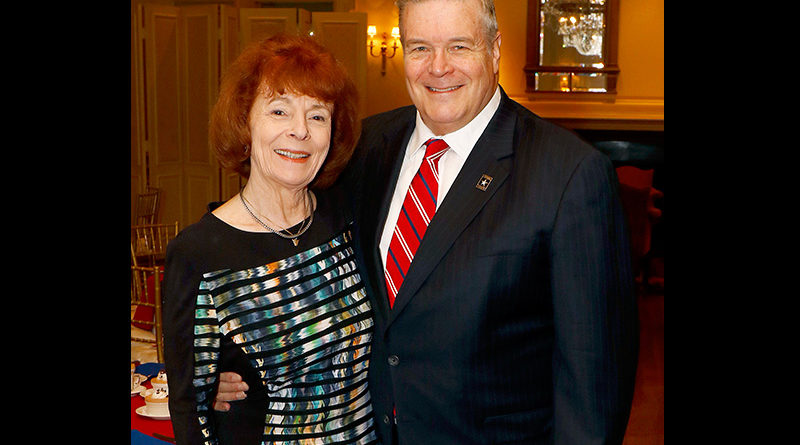 Rose and Jeff Gault have announced plans for the Army Scholarship Foundation Help Our Heroes Luncheon on Oct. 24 at the Brook Hollow Golf Club.

North Dallas residents, both of the Gaults are now retired and continue to serve their country as volunteer chairs of this luncheon each fall. Rose retired as a Deputy Assistant Secretary in the Air Force and Jeff retired as a Colonel in the US Army. Last year’s speaker, Congressman Allen B. West (US Army retired) said the strength of the US troops depends on stability at home and the Army Scholarship Foundation’s work is critical to enabling quality of life, making college education available and filling a void in their lives.

He added that the United States has a world-class Army because of the strength of the troops and everyone has a responsibility to continue supporting AFS’s mission, that part of that responsibility includes honoring our soldiers by educating their family members for our future. ASF provides a very rare opportunity to help the children and spouses of soldiers achieve a higher education and that opportunity is now.

In 2016, the Army Scholarship Foundation awarded a record 103 scholarships to deserving Army family members in pursuit of their educational dreams. Since 2001, the Foundation has awarded more than 300 scholarships averaging approximately $1,000 each.