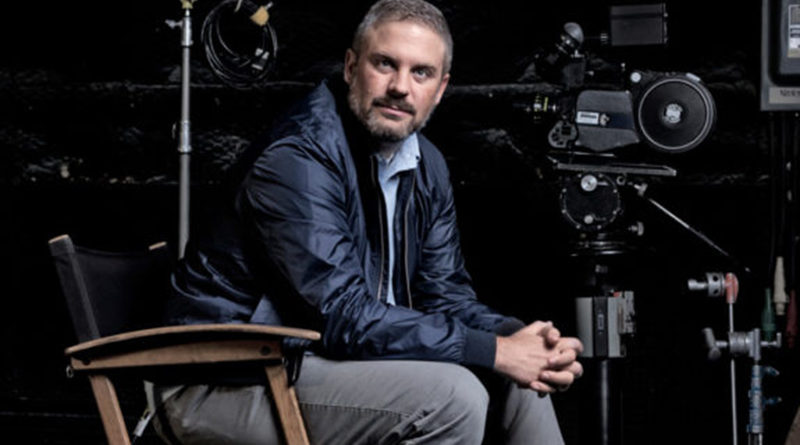 Dallas Sonnier admits he was too young when he saw the original Puppet Master over Thanksgiving weekend in 1989.

The micro-budget film from B-movie horror icon Charles Band had been released on VHS about a month earlier, and the 9-year-old Dallas boy was curious.

“My aunt let me rent it at an Albertson’s. I watched it at her house — I was not allowed to, but I did — and it affected me deeply,” Sonnier said during the recent Dallas International Film Festival. “I’ve grown to have a deep love of dark cinema. It’s a healthy obsession.”

Flash forward almost three decades, and Sonnier is the driving force behind Puppet Master: The Littlest Reich, a locally filmed reboot and prequel of sorts that he hopes will launch another franchise.

The unapologetically bloody, politically incorrect project follows a comic-book artist (Thomas Lennon) who — after having found a macabre doll that belonged to his deceased brother during childhood — decides to auction it off at a convention, with his girlfriend (Jenny Pellicer) and friend (Nelson Franklin) in tow. Then the dolls come to life, and the convention attendees are left scrambling for their lives.

A few years ago, Sonnier befriended Band, whose Full Moon Productions produced the original Puppet Master and a handful of sequels and spinoffs. Once he secured the rights, Sonnier commissioned his friend and frequent collaborator, Craig Zahler (Bone Tomahawk), to write a script.

Meanwhile, the film’s special effects and puppets, some of which will be familiar to franchise fans, were created by Tate Steinsiek, a prosthetics and makeup artist from Tulsa.

“We are a parallel universe,” Sonnier said. “This is not a sequel and it’s not connected to the original Full Moon canon.”

Sonnier, who graduated from Highland Park High School in 1998, estimates that 80 percent of the film was shot inside the Ambassador Hotel in downtown Dallas, right before an extensive renovation project that transformed the former luxury hotel into high-rise lofts.

“It’s a great example of why we can make films in Dallas,” Sonnier said. “Everyone just kind of leans in. Can we use your hotel for three weeks and put blood all over the walls? Yeah, sure, have a good time. Imagine doing that in New York or L.A.”

Sonnier isn’t done making films here, either. After living in Los Angeles for 16 years, he moved back to Dallas in 2015 and a year later launched Cinestate, which financed The Littlest Reich and two more low-budget genre projects directed by Zahler.

He plans to make the media company, which recently ventured into publishing and bought Fangoria magazine, a vital contributor to the local artistic scene.

“It was time to come home. I sold my house to Kylie Jenner and moved to Dallas,” Sonnier said. “I’m grateful to be back. I’m never leaving.”

Dallas Sonnier and fellow producer Amanda Presmyk will be in attendance, along with local cast members and puppets from the film, at the 9:30 p.m. screening on Friday at the Texas Theatre.

Scots Have Experience Edge Over Knights