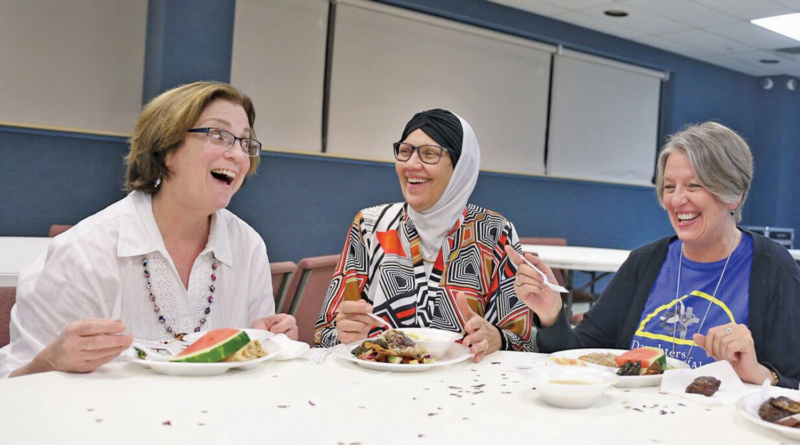 About a decade ago, while a student at TCU’s divinity school, the now Rev. Dawn Anderson rolled her eyes when a Muslim woman showed up to talk to her class.

Oh no, she thought, “This woman is going to tell us about how men are better than women,” recalled Anderson, the newly appointed associate pastor at Lovers Lane United Methodist Church.

“I had no idea; I’d never met a Muslim before,” Anderson continued. “But it was quite the opposite. She started telling us about some of the feminist ideas in the Muslim religion, like how women get a lot of protections they don’t necessarily get in other religions.”

Anderson said many of her preconceived notions about Muslims stemmed from what she saw on television.

“You just assume all Muslims are like that,” she said.

Today, Anderson said her ignorance about the culture has been replaced with a kinship, a kinship that has grown through Daughters of Abraham meetings.

Daughters of Abraham is an interfaith group that formed following the Sep. 11 terrorist attacks.

It began with a straightforward question from the creator, Janice Lord: Is it possible to bring together a group of Jewish, Christian, and Muslim women and see them progress from strangers into a close-knit sisterhood of tolerance, genuine respect, and love?

The answer was yes.

Since 2001 when a few people first met in Arlington, hundreds of women have sought out the group and discovered a treasure in interfaith relationships.

And while the conversations tackle pressing issues and beliefs that naturally divide them, Anderson said it’s helped her grow more as a Christian.

“Somebody asked me once, ‘Does it water down my belief as a Christian when I hear all these disparities,’” she said. “I would say it is quite the opposite. It makes me think about what I do believe.

Laila Rumsey, who was encouraged to join the Dallas group in 2011 because not enough Muslim women attended, said she walked into her first meeting not knowing what to expect. The topic that day was misconceptions about the different beliefs. The first question was about her hijab.

“They asked who forced me to wear it,” Rumsey, a convert, said.

Her reply: It’s my constitutional right to wear this. No one forces me.

Rumsey said while today women at the group might ask challenging questions about her head covering, no one would ask her if she’s forced to wear it.

“There is more understanding now, and people are more open-minded,” she said.

The women, like Rumsey, Anderson, and Leah Beth Kolni, from Temple Emanu-El, said they’d found more similarities than differences among each other.

“It is very interesting to me because I didn’t grow up knowing any Muslim people,” Kolni said about her upbringing in southeast Texas. “But it was also interesting that a lot of the Muslim women I met (through Daughters of Abraham) have never known a Jewish woman or been in a synagogue.

“I think the beauty of this group is that we meet and get to know each other as individuals. When you know somebody as an individual and eventually a friend it makes a huge difference in how you perceive their whole way of life, their culture, their religion.”

The Daughters of Abraham meet at 7 p.m. on the third Thursday at various Dallas churches to talk about a variety of topics. Visit daughtersofabraham-tx.org for more information. 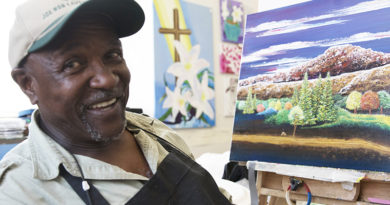 Homeless Find Food For the Soul Through Art

One thought on “They Are All Daughters of Abraham”