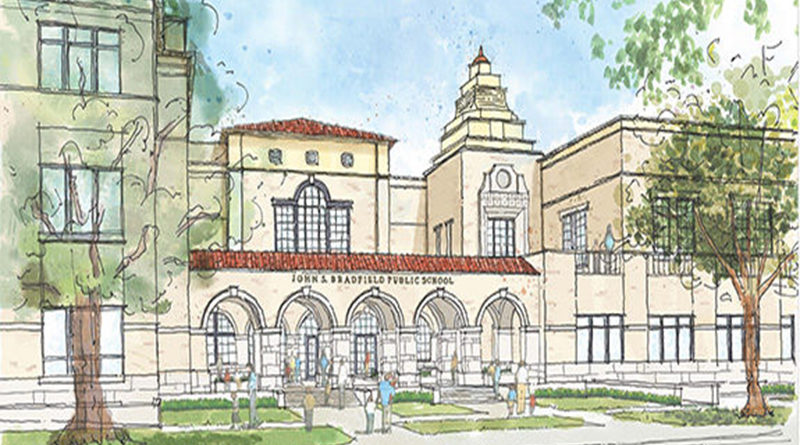 Some Park Cities residents expect to still be complaining years from now about a “colonnade to nowhere” planned for the front entrance of the new Bradfield Elementary School.

“I’ll have to crusade in 10 years to remove it,” Highland Park Town Council member David Dowler said after hearing the school board had decided to keep it in the design.

At Dowler’s urging, Russell Windham, a Houston architect with a practice committed to the classical tradition, peer reviewed the design for free with the goal of helping the building fit better into the neighborhood adjacent to Highland Park Village.

Highland Park ISD trustees agreed to some of Windham’s recommendations, including revisions to windows, the use of more brick, and the addition of quatrefoils, but rejected others, including removal of the colonnade.

Dowler and others see it as blocking the view of the entrance to the school and serving no purpose since students can’t use it as a walkway to get from one part of the campus to another.

However, trustees view the colonnade as an attractive feature that could provide parents and children shelter from sun and rain during drop off and pick up times.

Price estimates showed Windham’s proposals combining to add $754,000 to the project, $354,000 more than district leaders were willing to spend.

Superintendent Tom Trigg had found $200,000 to add to the construction budget, and the Town Council voted to waive 65 percent of building permit costs up to $200,000.

Online and in public meetings, interior designer Kristen Woolery and landscape architect Melissa Gerstle have continued to criticize plans for Bradfield and trustees for not spending just a little more to achieve “historically accurate architecture” and “get it right for the next 100 years.”

HPISD is proceeding with demolition and reconstruction.

The Town Council has approved the site plan and planned development district zoning as well those of Windham’s recommendations trustees chose to adopt.

Delaying further would do a disservice to the district, Town Council member Eric Gambrell said. “This was as originally proposed and is now a beautiful building.” 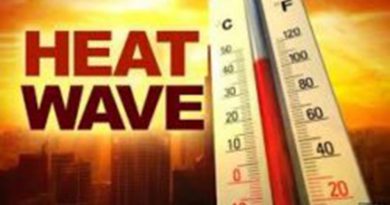