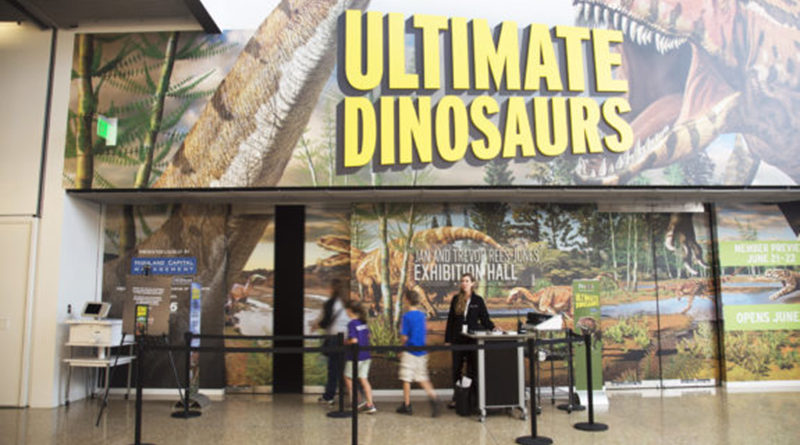 There’s something about dinosaurs that ignite my inner child.

The minute the doors to the Perot Museum of Nature and Science’s newest exhibit, Ultimate Dinosaurs, slid open my neurons began to fire and I wanted to read, touch, and explore everything on display. Lucky for me – and the actual children – there was a lot I could touch and explore.

Members of the press were invited Thursday for what I assume was an opportunity to test out some seriously cutting-edge technology that brought to life 20 exotic breeds – from the tiny Eoraptor to T. rex’s bigger, badder cousin, Giganotosaurus – that thrived only in the southern hemisphere.

The best part, no time machine was required.

At the preview event, Thomas Surgent, the chief compliance officer with Highland Capital Management, said the exhibit made him “feel like a kid again.”

“There’s no better way to instill an interest in science to our kids than through dinosaurs,” he said.

That idea of using dinosaurs as a gateway to science was genuinely shown on the preview day when children in attendance used technology to immerse themselves with life-sized dinosaur skeletons along with video projections of the creatures as they might have looked in real life as well as interactive games and some AR technology that lets visitors get up close and personal with various dinosaur species.

The museum also offers viewers the chance to see a few unfamiliar dinosaurs thanks to the work that paleontologists Dr. Tony Fiorillo and Dr. Ron Tykoski have been doing in polar regions.

What they’ve found in that region, Dr. Fiorillo said is “challenging every single thing we think we know about dinosaurs.”

Dr. Linda Silver, Eugene McDermott chief executive officer of the Perot Museum of Nature and Science, said the opportunity to host Ultimate Dinosaurs this summer is a lead up to new permanent exhibits at the museum.

“I’m excited about this exhibition in particular because it features 17 really rare species of dinosaur,” she said. “All of these dinosaurs lived and had been excavated on continents that are in the southern hemisphere. They are species that people will not have been necessarily familiar with before, so they will learn about new species, about a new genre, they will be able to see things that they haven’t seen before.”

The museum has expanded the new exhibit on the fourth floor with two of my favorite highlights: an interactive display called Dancing with Dinosaurs where you can bust a move with raptors and understand a little bit more about their anatomy and how they move in reaction to you; and Stan.

Stan, a life-sized cast of the second most complete T. rex skeleton ever found, sits at the top of the glass T. rexculator (see what we did there) on the fourth floor of the museum. There’s just something special about his large frame sitting in the glass window of the iconic Perot Museum architecture.

Later this summer, the museum will host what will soon be an annual Dino Fest over Labor Day weekend and open a paleontology lab that will give people the opportunity to see their paleontologist excavate real fossils they’ve dug up.

Presented in English and French (with a Spanish audio guide available), the exhibition runs June 23 through Jan. 6, 2019, and requires a surcharge for members and non-members.

Five Fun Facts About the Summer of the Dinosaur 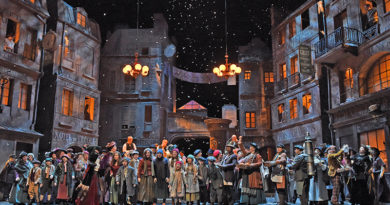 ‘Being Human’ at the Perot Museum of Nature and Science 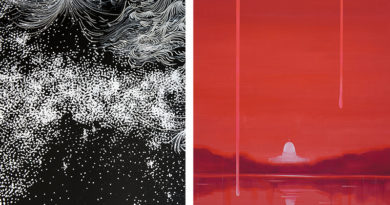