Karen Chen, leader of the Young Democrats club at Highland Park High School, considers herself neutral on gun control but a believer in making time to discuss controversial topics.

“You can have an opinion,” she said. “It doesn’t matter what it is, but you shouldn’t be afraid to have one.”

Chen, a senior, was at the center of a campus walkout on April 20, the 19th anniversary of the Columbine High School shooting.

The day was observed as a national walkout day by students across the country, including at many campuses in the Dallas-Fort Worth area. It came about a month after March for Our Lives, a nationwide protest of gun violence organized after the Parkland, Florida school shooting in February.

Highland Park High students, instead of heading to their third-period classes, put down their backpacks and gathered around the flagpole at the front of the school.

Students held signs with messages such as “We Stand For Those Who Can’t – #NeverAgain” and “this is what Democracy looks like.”

After Chen’s short introduction, and a moment of silence, freshman Michael Pagano, who had moved to Highland Park from a Connecticut suburb near the 2012 Sandy Hook School Shooting, spoke strongly in favor of gun control.

Chen had talked with principal Walter Kelly in advance of the event to get assurance students would be counted tardy, rather than absent.

“He said that he can’t really take a stance on it, and that he had to follow it as if it were a normal event,” Chen said. “There wouldn’t be further punishments for attending the walk out, which was good.”

Nevertheless, she was surprised by the support the walkout drew.

“I was told there would be 50 people, but there were way more” she said.

Some students were there for a respectful counter protest, so Chen worked to include them, introducing one, sophomore Holt Randall, before he spoke.

“Even though we have different opinions on regulating guns, we both agree school shootings are bad and that we should respect those who died,” Chen said. “That is not a controversial topic.”

A post about the walkout on the Park Cities People Facebook page got more than 60 reactions, including likes, hearts, and frowns and more than two dozen comments. Some commenters were critical, saying students just wanted to get out of class. Others praised the teens for taking a stand. Like us on Facebook and let us know what you think. 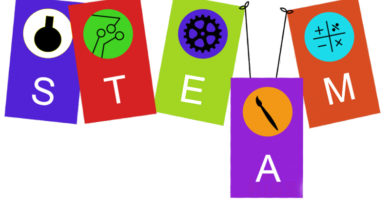