A slice of Broadway magic is making its Dallas debut.

Dubbed an empowering musical of the highest order by the Chicago Tribune, Waitress will play the Music Hall at Fair Park for a limited two-week engagement March 28 – April 8.

Tickets are currently on sale.

Inspired by Adrienne Shelly’s beloved film, Waitress tells the story of Jenna – a waitress and expert pie maker, Jenna dreams of a way out of her small town and loveless marriage. A baking contest in a nearby county and the town’s new doctor may offer her a chance at a fresh start, while her fellow waitresses offer their own recipes for happiness. But Jenna must summon the strength and courage to rebuild her own life.

The Tony-nominated musical also has cast four young North Texas actresses in the role of “Lulu” for the show’s Dallas and Fort Worth engagements.

Eliza Chabot, 4, of Farmers Branch, and Quinn Johnson, 4, of Grapevine will alternate the role of Lulu in Dallas.

Single tickets for the Dallas engagement of Waitress, starting at $20 (pricing subject to change), are now on sale at DallasSummerMusicals.org or by phone at 800-745-3000. They can also be purchased in person at the Music Hall at Fair Park Box Office from 10 a.m. to 6 p.m. Monday through Friday and 10 a.m. to 4 p.m. Saturday.

Dallas Summer Musicals 2017-18 season continues with the thrilling, spectacular and unforgettable Les Misérables, April 24-May 6; Disney’s The Lion King, winner of six Tony Awards, including Best Musical, June 13-July 7; the spellbinding sequel to The Phantom of the Opera, Love Never Dies: The Phantom Returns, July 24-August 5 and closing the season will be the hilarious new musical School of Rock, based on the hit film, August 15-26. 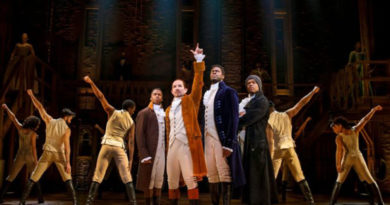 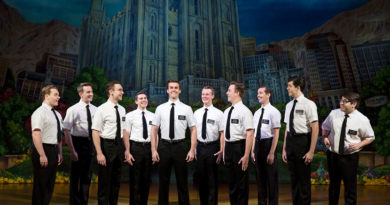 The Book of Mormon Returns to North Texas