From ringing cowbells to rustling blue and gold pompoms, Highland Park High School football fans didn’t hold back when it came to supporting their team’s quest for a repeat state championship at AT&T Stadium.

But beyond hollering moms in the stands and the high kicks of the cheerleaders on the field, a front row of senior girls sought to be the most dedicated devotees in the crowd.

For Tierney Block, Ashley Fowler, and Frances Ann Matise, those front row seats are just as much a part of football tradition as going to the game itself. The girls have claimed front row seats at every stadium the Scots have played in during the season.

“We are their biggest fans,” Fowler said in between a round of “Go Scots, Go,” and a grumpy discord over an official’s call that didn’t favor the Scots.

The game was a real nail-biter for the girls and just about anyone who watched the Scots yard-by-yard comeback from a near defeat.

But as their emotions went from nervous to anxious to thrilled, their unwavering support and belief in their team never swayed.

“I’m going to cry if they win or lose,” Block said, her voice hoarse from screaming.

But losing was not on any of their agendas. The girls said they knew what it was like to win a state championship – after all, they went through this last year.

“We know exactly how it feels to win,” Fowler said.

To prepare for the repeat, she and her friends made the football players treats to fill up on before the game, screamed encouragement to them from the stands, and without a single ounce of embarrassment held humongous photo cutouts of their favorite players during the entire game.

“Football is such a big part of school for us,” Fowler said, trying to find the words to explain her die-hard devotion.

And while they’re not on the field playing, she said they “like to know they’re making some type of difference.” 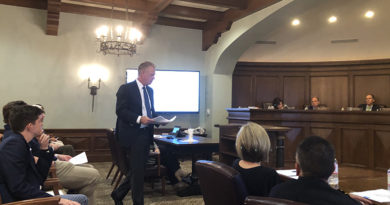 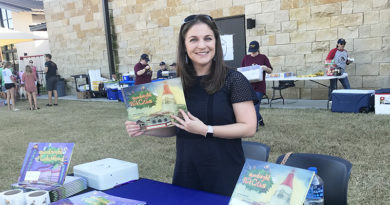