Scots pep rallies have been a little different this year with student recognition going beyond athletic and academic achievement.

The school has celebrated students like junior Skylar Wilson for valuing kindness and respect. She received a certificate, a box of cookies, and a round of applause.

The effort to improve inclusivity and kindness within the district began near the start of the school year after a community forum on racism, where Anagha Kikkeri discussed issues she faced as a Hindu student at Highland Park.

The Student Council has brought in speakers, hosted events, and honored inclusive students, but Mercier sees the scope of the project as much larger.

“We try to make sure an aspect of this campaign is in anything we’re doing,” he said.

Mercier hopes that the project will become as synonymous with the district as Mad For Plaid, HPISD’s annual fundraiser.

Free Hugs Project founder Ken Nwadike visited the campus and talked about loving others for good, an event Mercier described as one of the most amazing seen in four years at the school.

Peace activist Ken Nwadike visited the campus to talk about his Free Hugs Project, an initiative aimed at reducing violence by de-escalating encounters during protest, riots, and political rallies.

“There was so much love in the hallways that day,” Mercier said.

“It took us 30 minutes to get to lunch, because all the kids were coming up to him, hugging him, talking to him, and sharing all of their personal stories,” he said.

University Park Elementary fourth-graders responded well to an invitation to speak empathetically with one another, Mercier said. “They are already starting to become leaders and have tough conversations that are so important.”

Hinton described feedback from the elementary schools as very positive.

“We are hoping to create a mindset about valuing each other and each other’s stories,” he said.

Conversations at schools will continue in the months ahead.

“We want to be known for respect, love, kindness, and understanding,” Mercier said. “I think that by starting this campaign we are already seeing so much of that.” 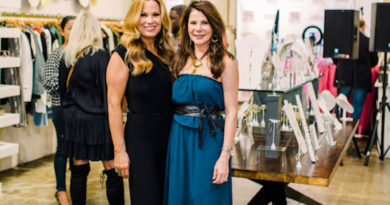 The Bubble Lounge Podcast Celebrates One Year of Interviews, Laughs

Check Out These Budding Hoop Stars