Juggling a small business and life as a wife and mother hasn’t stopped Sallie Behnke from excelling at both.

The financial planner from University Park recently became Texas’ only Morgan Stanley adviser named to Working Mother Magazine’s Top Wealth Adviser List for 2017. She ranked 104 out of 200. She works with clients with a typical net worth of $7 million to $15 million.

Behnke credits the award to her teamwork with colleague Christine Ashmore, who offices with her in the Plaza at Preston Center.

“One of the things I know for myself that has helped my success along the way is that I’m not afraid to ask for help,” Behnke said.

Behnke, a senior vice president at Morgan Stanley, is the mother of Will, 8, and Wynn, 6. She met her Texas-native husband, Jared, in New York City and they moved to Dallas about six years ago. A few years ago, Behnke was named to Dallas Business Journal’s “40 Under 40.”

Behnke grew up in St. Louis, attended college in Columbia, Missouri, and earned a master’s degree in accounting.

“I am very good with numbers,” she said. “I think I liked the structure, [and] I think math was always my best subject.”

After school, Ernst and Young came calling, followed by Merrill Lynch in New York City, where she lived for 11 years.

Christopher Barton, who oversees Behnke and Ashmore’s division at Morgan Stanley, described Behnke as “highly successful” and “an inspiration to other hardworking moms.”

[pullquote-left]“One of the things I know for myself that has helped my success along the way is that I’m not afraid to ask for help.” -Sallie Behnke [/pullquote-left]

Behnke met Ashmore, herself a working mom, through Texas Wall Street Women, which works to empower women in the often male-dominated finance industry.

“We’re definitely passionate about women in businesses and so educating young women is naturally just a part of that, because we want to make sure that the girls coming up have the support that they need to be a woman in finance and have a really successful career,” Ashmore said.

Behnke added, “We feel strongly that women can have wonderful families and a wonderful career.”

Benhke and Ashmore, who has two boys of her own, said a big factor in balancing work and family life is having supportive husbands, who are willing to participate in carpools, play dates, and caring for their youngsters.

“We all grew up as women and watched our moms try to do it all,” Ashmore said. “I think it’s really important to find a firm or a partnership that allows you to be flexible.”

Still, there are drawbacks.

“On Friday, my boys were off school, but I still had to be to work at 11,” Behnke said. “I was driving to the nanny’s house for her to babysit them and not feeling like the best mom because I can’t take off work when they’re not in school.”

Behnke said her youngest suggested she retire, then the elder son spoke up and said, “No, she loves what she does, and we want her to be happy.” 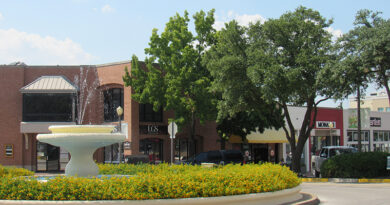 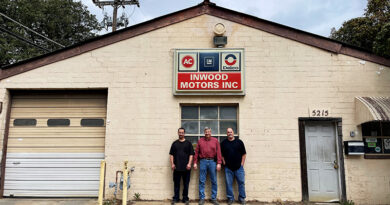 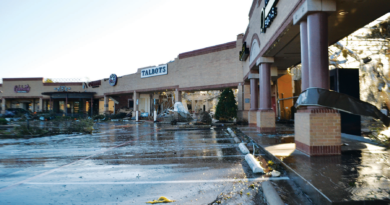