SKULDUGGERY OF THE WEEK: MISCHIEF MAKER AT LARGE

The latest mystery at Escape the Room Dallas: Who vandalized this space?  Sometime between 10 a.m. and 12:30 p.m. Friday, the Preston Forest Village venue was damaged.

A vehicle was stolen between noon and 1 p.m. from the Fabric Factory parking lot in the 12300 block of Inwood Road.

Between 2:45 and 3 p.m., an unlocked vehicle parked at the Preston Valley Shopping Center was broken into and property was stolen.

Stolen around 8:53 a.m.: Property from a vehicle parked outside of Primrose School of Preston Hollow in the 10700 block of Preston Road.

Around 5:30 p.m., an unlocked vehicle parked at the 7-Eleven in the 10800 block of Preston Road was burglarized.

Just after 1 p.m., items from the front porch of a home in the 7300 block of Meadow Road was stolen.

Forced open around 9 a.m.: the rear door of a home in the 4900 block of Ellensburg Drive.

Between 8:15 and 8:25 p.m., a shopper walked into the Apple store at NorthPark Center, took some merchandise, and walked out without paying.

Around 6:30 p.m., property was stolen from Nordstrom at NorthPark Center.

Between 4 and 4:10 p.m., property was stolen from a vehicle parked near the 7-Eleven convenience store in the 6800 block of West Northwest Highway.

Around 7 p.m., a Round Rock man found abandoned property in the 8800 block of Lemmon Avenue.

Stolen: the temporary paper license plate from a vehicle parked between 5 and 8:45 p.m. at an apartment complex in the 6200 block of West Northwest Highway

Stolen before 10 a.m.: the tailgate from a vehicle parked overnight in the 7700 block of West Greenway Boulevard.

Stolen before 8 a.m.: property from Nicholson-Hardie Nursery in the 5000 block of Lovers Lane.

Property from Macy’s at NorthPark Center was stolen at 11:40 p.m.

Arrested: a 19-year-old man for shoplifting from Macy’s at Northpark Center around 4:20 p.m.

A 20-year-old man was arrested after shoplifting merchandise from RayBan at Northpark Center around 4:10 p.m.

Stolen before 8:20 a.m.: the toolbox from inside a vehicle parked in front of the owner’s residence in the 4900 block of Purdue Avenue.

Property was stolen between 5:47 and 6:08 p.m. from an unlocked vehicle in the Bank of America parking lot in the 5900 block of West Northwest Highway

Stolen before 6 a.m.: property from a truck parked outside of the owner’s residence in the 4300 block of Bluffview Boulevard. 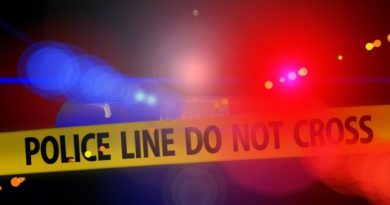