The city of Dallas’ billion dollar bond package appeared well on its way to voter approval while Dallas County Schools looked headed for closure as ballots were counted late Tuesday night. Statewide, seven new amendments to the Texas Constitution were headed toward passage.

A Thanks to the HPISD School Board 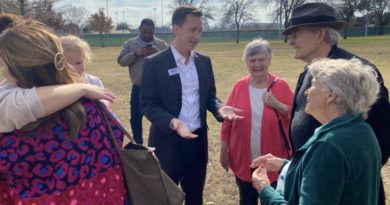 And We’re Off: Filing Begins for Three Dallas ISD School Board Seats