To represent the 2018 No Tie Dinner theme, models were adorned in ’80s prom attire, complete with blue eye shadow and teased hair. The kickoff event raised more than $14,000 for AIDS Services of Dallas (ASD), a nonprofit that has been providing housing and supportive services since 1987 for low income and formerly homeless individuals and families living with HIV/AIDS.

With ’80s pop music playing in the background, guests enjoyed hors d’oeuvres provided by Hattie’s, as well as complimentary cocktails.

David Nelson, who has served as the No Tie chair for the last eight years, passed the “tiara” to this year’s chair, Mr. Leslie Frye. Presented by the Purple Foundation, the 2018 No Tie Dinner & Dessert Party, themed “A Night to Remember,” will be a flashback of an ’80s prom featuring a live ’80s band, a little Footloose dancing, and plenty of desserts.

It will also reflect on the past 30 years and the people that helped the Dallas community living with HIV/AIDS. This year’s honorary chair Dr. Steven Pounders, and Susan Friedman will serve as the publicity chair for her eighth year.

“No Tie is just one night, but AIDS Services of Dallas has been doing amazing work 365 days and nights for 30 years,” Frye said.

“A Night to Remember” also supports ASD’s “A Night of Housing” campaign.

ABOUT THE 2018 NO TIE DINNER & DESSERT PARTY

The 13th annual No Tie Dinner and Dessert Party – AIDS Services of Dallas’s largest fundraiser –will begin with a dinner hosted at various homes and restaurants throughout D-FW. More than 1,500 attendees will then unite for an evening of dancing, live and silent auctions, cocktails, and desserts donated by renownedDallas caterers.

Tickets are $150 for VIP, and $75 for general admission. For more information or to purchase tickets, visit notiedinner.org. 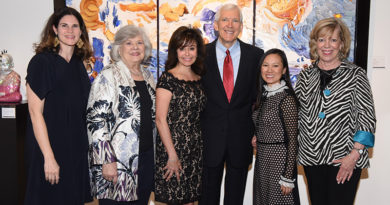