The senior trio will attempt to lead the Scots to more success in the regular season and postseason when the upcoming campaign begins in late February.

Last season, HP finished in second place in District 15-5A and won its Class 5A bi-district playoff series against Marshall before falling to Prosper in the second round. 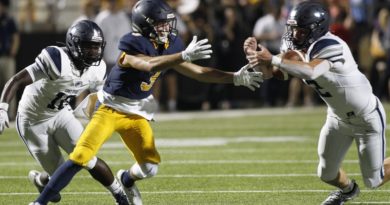