It’s been more than eight months since Highland Park defeated Temple in the Class 5A Division I state championship game.

For the first time since that historic day, the Scots will return to the field to face an opponent when they host Plano East in a scrimmage on Friday at Highlander Stadium.

Although the result won’t count, it should provide a valuable first test for HP in its quest for a state-title defense, in addition to providing fans with an opportunity to get their first glimpse of a new-look squad in action.

The Scots return seven starters from a year ago, although several more players earned valuable playing time in the playoffs, in addition to six additional weeks of practice time.

The returnees include quarterback John Stephen Jones, who was locked in a battle for the starting job at this time last year. In 2017, there’s no question who will open the season calling signals. Jones passed for more than 3,000 yards last season and 29 touchdowns, along with nine rushing scores.

The HP backfield also should benefit from the return of running back Paxton Alexander, who scored nine touchdowns and played a critical role during the team’s postseason run, and leading receivers Cade Saustad and Scully Jenevein.

On defense, safeties James Herring and Zak Folts provide the experience behind a front seven that will look to reload. Friday’s scrimmage, as well as upcoming nondistrict matchups against Rockwall and Waxahachie, should provide early opportunities for evaluation.

The Panthers finished third in a difficult District 6-6A last season and fell to Hebron in the bi-district round of the playoffs. Plano East hasn’t won a postseason game since 2009, when current HP athletic director Johnny Ringo was the head coach.

The Scots will open the regular season on Sept. 1 at Rockwall, then will host Waxahachie in the home opener a week later. 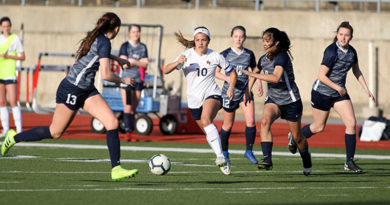 Scots Kick Off Season With Tournament