It’s not the same as visiting the beaches of Barcelona or the museums of Madrid, but TBarM Racquet Club has brought a slice of Spain to North Texas.

This spring, the club was the first in the Dallas area to install courts for padel, a game originated in Spain about a half-century ago that combines elements of tennis, racquetball, and other sports.

Padel has gained popularity in Europe and Latin America, and club officials have already seen an enthusiastic response in the U.S. In March, TBarM hosted a tournament for players from around the country.

“This is something that we think is going to catch on in the United States,” said club owner Glen Agritelley. “I think we’ve been doing really well with it.”

Padel has established followers in a few American cities with large Latino populations, including Houston, Miami, and Los Angeles. Officials invested in three courts designed and shipped from Spain to replace two of the club’s eight clay courts in hopes of similar results in Dallas.

“We have been looking for diversity and ways to attract new members to the club,” Agritelley said. “We’ve bet that we’re getting in on the ground floor on this. It’s another offering that nobody else has.”

The game is played on an enclosed outdoor court, made of artificial turf and sand, that is about half the size of a tennis court. The ball can be played off the walls on all sides, similar to squash, by players holding a carbon-and-graphite paddle.

It features teams of two using the same scoring system and balls as tennis. Padel has become a popular recreational activity for many top tennis players, including Grand Slam champion Rafael Nadal, who hails from Spain.

Although it requires less running, and the softer surface might be easier on the feet, the fast pace doesn’t mean it’s easier than tennis, explained Alex Esposito, TBarM tennis instructor.

“The tennis players pick it up quickly because the action is all at the net,” Esposito said. “The footwork is a little bit different. The amount of athleticism that’s involved is amazing for such a small court.”

In addition to clinics, tournaments, and private lessons to increase exposure of the sport both among club members and newcomers, TBarM officials plan to establish a padel team to represent the club at events in other cities.

Arnau Dachs grew up playing tennis in Barcelona, where he became enamored with padel and even won a major tournament. Dachs, who was a former standout at TCU before joining the TBarM staff, said the sport is a great training tool.

“It’s a lot easier to learn and a lot easier on your body,” Dachs said. “Within 20 minutes, if you’ve never played anything before, you can start a rally.” 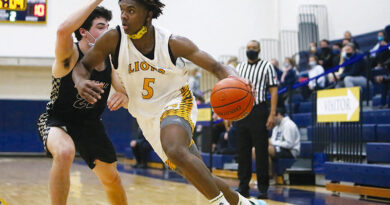 During the Pandemic, Athletes, Coaches Find Ways to Stay Competitive