The seven-alarm fire that destroyed the Preston Place condos this weekend has resulted in fatality.

Firefighters found a body early March 6 and believe the deceased is Jacqueline McDonald, an 89-year-old resident who had been missing, according Dallas Fire-Rescue.

“We found a body near the area where the missing woman lived,” Public Information Officer Jason Evans said. “Considering all the information we’ve gathered up to this point, and the people we’ve spoken with, the most likely case is that it is her. . . the medical examiner will be the one to make that confirmation.”

The fire started late Friday at the four-story condominium building in the 6200 block of Northwest Highway near Preston Road.

Dallas Fire-Rescue received a 911 call at 11:26 p.m. for a structure fire at 6225 West Northwest Highway. When crews arrived on the scene, they saw smoke coming from the building as residents evacuated. Shortly thereafter, flames engulfed most of the structure, causing firefighters to escalate the fire to 6-alarm and then 7-alarm status. Between 170 and 180 firefighters were dispatched during the height of the blaze.

According to Dallas Fire-Rescue officials, one person was taken to the hospital for medical issues that were exacerbated by the fire. An unknown number of residents were displaced from the 60-unit building. Officials from the American Red Cross were on the scene to assist them.

By early Saturday morning, most of the fire had been extinguished and crews were still working to stomp out the last smoldering remains.

Dallas Fire-Rescue officials say that the extensive damage caused by the fire will limit investigator’s access to the scene, likely thwarting any attempts to determine a cause of the blaze. 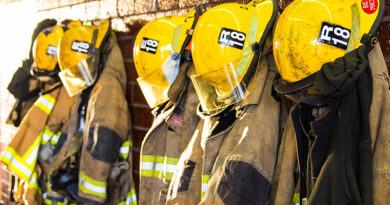 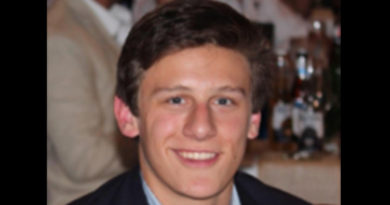 One thought on “One Dead After Preston Place Fire”