New Friends New Life, a nonprofit organization that restores and empowers formerly trafficked and sexually exploited women, teens, and children, announced Joe Ehrmann, co-founder of the NFL Foundation-funded InSideOut Initiative and a former NFL Pro Bowler, named by Parade Magazine as “The Most Important Coach in America” will headline the 14th Annual Luncheon on May 10.  The previous speaker, Ashton Kutcher, canceled his appearance at the luncheon due to personal reasons.

“Joe Ehrmann is a passionate advocate of creating positive change among our youth, aligning perfectly with New Friends New Life’s goal of prevention as a critical way to end human sex trafficking,” said Lisa Cooley.  “He speaks across the country, motivating others to step up and be the change that we need to help prevent a crime that enslaves young American girls at an average age of 13 – a crime happening in our own backyard.”

Joe Ehrmann is co-founder of the NFL Foundation-funded InSideOut Initiative, a blueprint for systemic change, transforming the current “win-at-all-costs” sports culture – where the value is often defined by the scoreboard – into one that defines and promotes sports as a human growth experience.  An All American football player, Erhmann was named to Syracuse University’s All-Century Team. He lettered in lacrosse and received the Arents Award, SU’s Most Distinguished Alumni honor for his contributions to society.  He played professional football for 13 years and was named Baltimore Colt’s Man of the Year.  He was the NFL’s first Ed Block Courage Award recipient and named “The Most Important Coach in America” by ParadeMagazine.  The Institute for International Sport chose him as one of The Most Influential Sports Educators in America, and his revolutionary concepts of transformational coaching are the subject of his book,InSideOut Coaching: How Sports Can Transform Lives.  Joe is also the subject of The New York Times best-seller, Season of Life:  A Football Star, a Boy, A Journey to Manhood. Among many other awards, theBaltimore Business Journal selected him as the Renaissance Person of the Decade for his dedication and commitment to Baltimore City’s betterment.   He was the National Fatherhood Initiative’s Man of the Year and the Frederick Douglas National Man of the Year award recipient for empowering youth to prevent rape and other forms of male violence.

According to statistics provided by New Friends New Life, sex trafficking is a $99 million criminal enterprise.

“By joining us on May 10, you can help us expand outreach to connect with the highest risk children in our city before local traffickers do,” Foster said.

New Friends New Life offers recovery and prevention plans to help not only Dallas, but the rest of the world fight human trafficking. For more information, visit newfriendsnewlife.org. 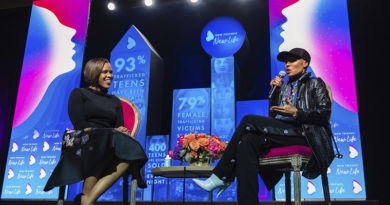 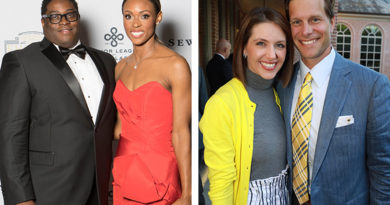