A slow start was too much to overcome for Highland Park in a 51-30 loss to Wylie East on Tuesday.

Wylie East opened the game on a 9-0 run and never trailed as the Lady Raiders secured a share of the District 15-5A title by snapping HP’s 13-game winning streak in district play.

“It was a big night with a big crowd, it was senior night, and the little short shots didn’t go our way in the first quarter,” HP head coach Nicole Fleming said. “Wylie East also threw some new things at us.”

While the Lady Scots (22-8, 13-1) lost the regular-season finale after winning the first meeting in January, Fleming was looking at positives after the game.

“We learned some of the things we have to shore up and mistakes we have to avoid — better to have that now than next week [in the playoffs],” she said. “We ended up as district champions, but no matter what, everybody would be 0-0 when the playoffs started.”

The two teams could have elected to play another game before the playoffs to determine playoff seeding, but Fleming said they would flip for the district’s top seed in the Class 5A Region II playoff bracket.

Wylie East led 14-2 at the end of the first quarter and 25-9 at halftime. After jumping out to an early lead, the Lady Raiders (23-6, 13-1) sagged back a bit in the second half and HP started to hit more open shots.

In the fourth quarter, the Lady Scots scored 17 points — more than in the first three quarters combined — including their only three 3-pointers of the game, but couldn’t make up for the damage Wylie East did from the free-throw line.

The Lady Raiders went an impressive 16-for-21 from the free-throw line while HP only had five total free throws.

Morgan Smith led the Lady Scots with a game-high 13 points, 11 of those coming in the fourth quarter, and Mary Margaret Roberts added six points. 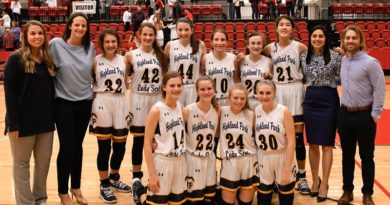 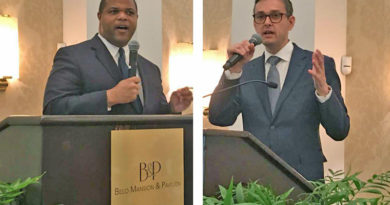