Stampede co-chairs and Shelton parents Stephanie Hardeman and Leti Lackey revealed the 2017 theme as “Epic Journeys Begin at Shelton”. They also announced that the event will feature the music of Journey in a concert performance by Voyage, the world’s number one Journey tribute band.

Proceeds from the benefit auction will support various Shelton enrichment programs. Founded in 1976, Shelton is the largest independent school worldwide for intelligent students with learning differences.

Give a Little, Grow a Lot 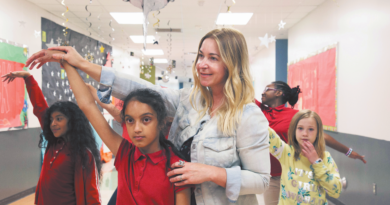 The Golden Rule of Dancing