On the ground floor of One Arts Plaza, there is a naturally-lit art gallery with walls lined with sculptures and works on paper by renowned and unknown artists alike. This is JM Gallery, the brainchild of two lawyers who also work in the building.

One day in 2014, Thompson & Knight intellectual property lawyer Michael Heinlen, of Preston Hollow, declared to his partner Jane Politz Brandt that it was time to open a gallery.

“I thought, ‘this is the most excited I’ve been about something in a long time. Let’s do it,’” said Brandt, who also specializes in intellectual property. After spending 28 years practicing law, she was searching for an exciting way to engage with the community.

When Brandt said yes to Heinlen’s idea, he freaked out.

“I said ‘[let’s open a gallery]’ out of frustration, and it didn’t occur to me that anyone would think that was for real,” Heinlen said. He has a doctorate in art history from Northwestern University and taught at the University of North Texas before he decided to change careers in the ‘90s and attend SMU Dedman School of Law.

Afer surprisingly serious consideration and support from their spouses, Brandt and Heinlen began looking for a space in the summer of 2014.

They decided to remedy that. Heinlen and Brandt wanted the venue and the works shown in it to be accessible to all kinds of viewers, from connoisseurs to curious passers-by.

Highland Park grad Diana Antohe showed her collection “Lost in Thought” at the gallery during its one-year anniversary celebration in March.

“Their location is really … making [art] feel more accessible to people who aren’t in the practice of going to openings regularly,” she said. Antohe graduated from SMU in May 2014 and was discovered by Heinlen and his son, Chris, the gallery’s director.

In the process of setting up the gallery and meeting artists such as Antohe, the owners discovered another need in the community.

According to Heinlen, Dallas didn’t have a legal organization that provided pro bono services for struggling artists. This information inspired him to found Arts Counsel Texas, an organization that bridges the gap between the legal and artistic communities – something he and Brandt are striving to do through JM Gallery.

As a young artist, Antohe said she appreciates the Arts Counsel Texas’ efforts to inform at Lunch + Learn events, which are open to the public and provide information on a variety of topics for artists, lawyers, and potential collectors.

“That was above and beyond a wonderful step of trying to demystify things for people and provide resources and show people who never thought that they might be collectors that that’s within their reach,” she said. 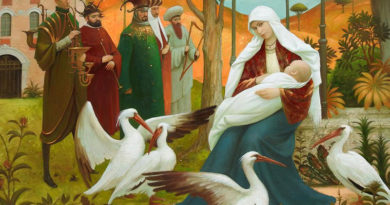