More than 300 Leadership Cadet Corp students at Marsh Preparatory Academy got the experience of a lifetime in January.

Although reluctant to tell his story at first, with encouragement from Gaytan, he decided he was ready to tell students personal war stories, such as serving on Omaha Beach, and surviving the Battle of the Bulge,.

“When I was in high school, I got to listen to veterans of the Civil War speak,” Atkinson said. “I guess these kids hearing from me is about the same thing.”

Atkinson was drafted into the war two weeks after he graduated high school. He spent the majority of his time as a part of the military police, and even came into contact with Gen. George Patton himself.

“I got a tooth removed the same day Patton lost his life,” Atkinson said. “I tried to have it taken care of many times before but was told I probably wouldn’t survive the war so it wouldn’t matter.”

The cadets were mesmerized by his recollections involving brutal temperatures, brushes with death, and witnessing a bomb soar through the sky and eventually detonate 200 yards away from him.

Atkinson also shared another important part of his past that was key to his future: his assimilation into everyday life back home.

“I got home on a Friday and registered for school in Lincoln (Nebraska) on that Monday,” Atkinson said. “I didn’t want to miss the opportunity to go to college.”

He went on to spend the next 40 years of his life working as a chemist.

Gaytan said it was both a blessing and an honor to have Atkinson share his stories with the cadets.

“My hope is that they’ll look back on this event and remember not only meeting a hero, but also listening to his stories of sacrifice, bravery, and honor,” Gaytan said.

As for Atkinson, he says he hopes the cadets gain an understanding of the levels of sacrifice associated with serving their country. Atkinson came home with a shoulder injury caused by shrapnel, however, he considered himself one of lucky ones.

“I had three close friends that I made during the war,” Atkinson said. “Two came back paralyzed or handicapped and one didn’t make it home at all.”

And while each student, no doubt, took away something different from Atkinson’s speech, when it comes to interacting with a true American hero? Mission accomplished for all.

Atkinson is a resident of the Glen Meadows neighborhood. He enjoys pottery, gardening, and researching family history. 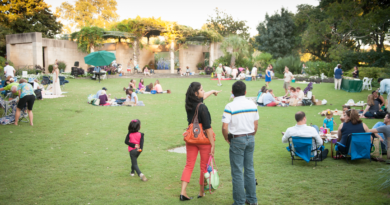 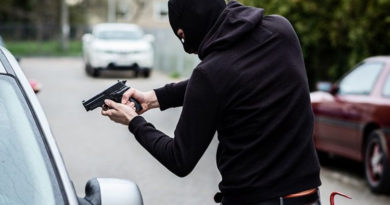 Gun Stolen in UP Used in Carjacking