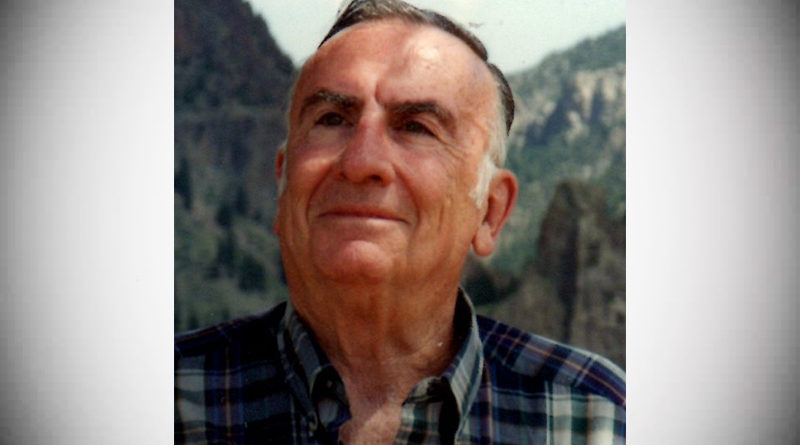 After a long and full life, Jack Talmage Norton, 87, of Amarillo, Texas died peacefully at his home on Saturday, December 19, 2015. Services will be at 10:00 A.M., Thursday, December 24, 2015 in Boxwell Brothers Ivy Chapel with Dr. Murray Gossett, Associate Pastor of First Presbyterian Church officiating. Burial will be in Llano Cemetery. Arrangements are by Boxwell Brothers Funeral Directors, 2800 Paramount Blvd.

Jack was born on March 8, 1928 in Coleman, Texas to Alleen and George Norton. His early childhood was spent in Wichita, Kansas, moving in his teen years to Dallas, Texas. He graduated from Highland Park High School in 1946 where he played in the offensive backfield on the 1945 State Championship Football Team. He continued his education at SMU, graduating in 1951 with a BA in Geography. He was a member of Kappa Alpha fraternity and competed for the Mustang Swim Team. He was a member of the SMU Letterman’s Association.

Jack was a lifeguard at the University Park Pool in the summers and was known for driving a 1942 red Jeep Willys that is still in the family today. He joined the Naval Air Force Reserves. Upon graduating from SMU, he joined Mobil Oil Company and worked over 40 years for the company. Jack was a charter member of NADOA (National Association of Division Order Analysts), and was an original member of the Board of Directors in 1974 serving as Board Advisor in 1977, Vice President in 1975 and President in 1976.

Jack enjoyed spending time at his cabin at Elk Creek Ranch in South Fork, Colorado. He served in many capacities including President of Elk Creek Ranch, Inc.

He is also survived by very special friend, Alice Gutierrez.

In lieu of flowers, donations are asked to be given to Heifer International at heifer.org, or memorials of your choosing.