After wrapping up a 10-2 season with a loss to Grapevine Faith in the state quarterfinals, Parish Episcopal landed several players on the TAPPS Division II all-state football team.

The Panthers placed four players on the first team, including junior Michael Griffin, who was recognized on both the offensive line and defensive line. Other first-team honorees include junior running back Dominic Williams, senior receiver Xavier Suggs, and senior linebacker Gerrit Choate.

Novakov Takes Over for Nady at Parish 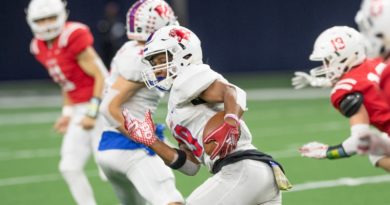