For decades, the area just north of LBJ Freeway and just east of Galleria Dallas has been like a patchwork quilt of mismatched uses.

From car dealerships to strip malls to apartment complexes that weren’t really compatible with the surrounding community, it’s been an area in need of redevelopment, but perhaps more than that, in need of a vision.

Enter Dallas Midtown, the 460-acre project that civic leaders and developers hope will revitalize North Dallas and help lure both companies and their employees back from the suburbs.

Such a long-term, large-scale project has been discussed for several years, on the heels of similar mixed-use success in the Uptown area. But there are signs the vision could soon be turning into reality.

“There’s an awful lot of things that are bubbling around out there,” said Bruce Bradford, president of the North Dallas Chamber of Commerce. “Before there has been plenty of talk, but now we’re starting to see some real action.”

Many entities have a stake in the plan, from the city to the chamber to a park board consisting of both developers and public officials. Dallas ISD has included a new elementary school to serve the area in its current bond proposal that’s on the November ballot.

“It will be completely unlike anything anybody has seen in North Texas,” said District 11 council member Lee Kleinman. “The idea is to have a lot of multifamily, and a lot of retail and restaurants, and add a lot of density.”

One of the first and most prominent pieces of the puzzle will take shape after the Valley View Center shopping mall is demolished, likely early next year, by Dallas development firm Beck Ventures, which purchased the fledgling property out of bankruptcy in 2011.

In its place, Beck is planning a $4 billion mixed-use development that will include shops, restaurants, a movie theater, upscale apartments and condos, office towers, luxury hotels, art galleries, a trolley system, fitness trails, and water features, all bisected by a “grand boulevard” with an esplanade.

The centerpiece for the development is expected to be a 20-acre public park that would stretch over Montfort Drive, which is in planning stages. Think Klyde Warren Park near downtown, only about five times bigger.

“There will be future opportunities” for residential and commercial development that don’t exist today, Bradford said. “South of Alpha, there’s no real sense of neighborhood there at all. This will end up having a great community to it.”

One of the earliest proponents of the Midtown plan was Kleinman’s predecessor, State Rep. Linda Koop (R-Dallas), who grew up in Preston Hollow and served on the Dallas City Council from 2005 to 2013.

Koop asked city officials for help in creating a vision for that area prior to 2013, when the zoning measures were passed. One of her goals was to boost property values.
“It’s going to reshape that whole area of Dallas,” Koop said. “The entire area there kind of stayed stagnant for a while. There were multiple challenges. The neighbors identified that area as one that they would like to see revitalized.”

After a series of meetings with neighborhood stakeholders and an advisory board, the council approved a massive zoning overlay in 2013, and the following year created a $432 million tax-increment financing zone and thoroughfare plan amendment for Midtown.

Ninety percent of funds from the TIF will be reinvested in infrastructure and other projects in the area, and the other 10 percent would be earmarked to boost the Redbird area in southwest Dallas. About $71 million of the TIF funds will be used for land acquisition for the park over time, Bradford said.

Koop cited the importance of the recently completed $3 billion overhaul of LBJ Freeway adjacent to the Midtown area as critical to its progress.

The push for development doesn’t concern officials at the Galleria, which has been a hub for upscale shopping in Dallas since 1982.

“Progress is a good thing, and it’s going to bring more density and more shoppers for us,” said Galleria general manager Angie Freed. “It’s our neighborhood, and we are genuinely looking forward to the improvements. I think it will be complementary. It just gives people more reason to come to this district.”

In the Beck development, AMC Theatres will have a 10-screen complex, with announcements of other businesses to come this fall.

“There’s a lot of development happening north of us, not in the city of Dallas,” Beck said. “It’s important to give corporate users an alternative address to downtown that’s closer to their employee base.”

It will be years, maybe decades, before the entire Midtown plan comes together. But Bradford thinks the benefits will be multifaceted.

“It’s going to take time, but Dallas is in a great position with economic development and significant numbers of new residents,” he said. 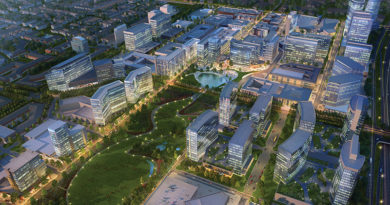 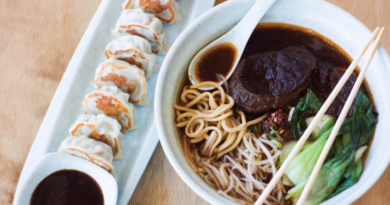 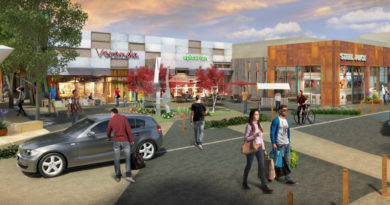