The Tomorrow Center for BrainHealth at the University of Texas at Dallas broke ground on the Brain Performance Institute Oct. 14.

The Brain Performance Institute, scheduled to open in Spring 2017, will serve as a space for the Center for BrainHealth to share its research and discoveries with the public.

“The Brain Performance Institute will be the first facility of its kind – not an acute treatment center, but a place where healthy people as well as people who have sustained a brain injury or disease have the opportunity to help their brain become healthier, more efficient and less stressed,” said Sandra Bond Chapman, BrainHealth founder and chief director.

The institute will have brain training programs, BrainHealth Physicals and virtual reality trainings. The building design was inspired by human brain anatomy, specifically the frontal lobes.

Training Your Dog? There’s an App For That 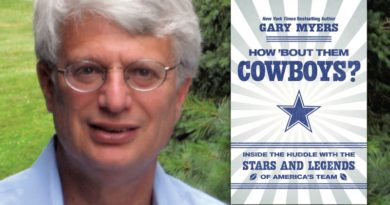 Author of New Cowboys Book to Visit With Fans