It’s no secret that Ellen and Clayton Kershaw found love early in life. But finding out how they could give back took a little more digging.

“When we were in high school, we both were chasing after these two dreams,” Ellen said. “Clayton had his hopes set on playing baseball, and I was growing in this dream that I needed to go to Africa.”

After graduating from Highland Park High School in 2006, Clayton joined the Los Angeles Dodgers and Ellen went off to college. But she traveled to Africa not long after.

“Clayton was hearing all about my African experiences and these kids I had fallen in love with,” she said.

One little girl in particular, Hope, inspired the founding of Kershaw’s Challenge. She was HIV-positive and an orphan in need of basic, survival necessities, but she and Ellen became fast friends.

“She came back different — not in personality — but you could tell she was very affected by what she saw,” Clayton said. “It instilled the passion in her heart that she was doing the right thing.”

After the couple married in 2010, Clayton accompanied Ellen to Africa for the first time. That’s when it hit them that their passions and talents could be combined for the greater good.

For every strikeout he threw back at home, Clayton would make a donation toward building a home in Africa where kids like Hope could live, and Kershaw’s Challenge was born.

“You’re not going to get to play baseball your whole life, so you try to make something last off the field,” Clayton said. “For me to get to be a part of that makes baseball mean a little bit more, and that’s what it’s all about.”

Kershaw’s Challenge teamed up with Arise Africa to build the Arise Home in Zambia, but it also teams up with Mercy Street in Dallas and the Dream Center in Los Angeles to make sure aid is sought at home, too.

A fundraiser called Kershaw’s Challenge Live will take place at The Rustic at 7:30 p.m. on Nov. 6.

“Dallas is home base for the Kershaws and it’s home base for Kershaw’s Challenge,” executive director (and sister to Ellen) Ann Higginbottom said. “We want to give our community the opportunity to give back in a meaningful way.” 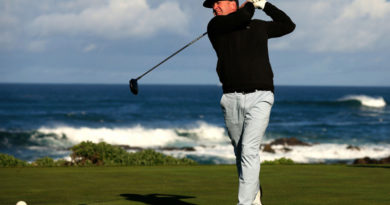