NORTH RICHLAND HILLS — As he enters his second season in charge of the football program at W.T. White High School, Rudy Powe likes his team’s chances of being more competitive.

He is even more excited after the biennial UIL realignment on Monday, which placed the Longhorns in District 9-6A along with Skyline, Sunset, Jesuit, Irving, Irving MacArthur, Irving Nimitz, and Carrollton R.L. Turner.

Only three of those seven opponents (Skyline, Jesuit, and Irving) posted winning records last season. Both Turner and Sunset were winless, the latter providing White with its only victory of the year.

“I think it matches up more with our demographics,” Powe said. “It’s a tough district. It will still be tough to get in [to the playoffs].”

White finalized the bulk of its 2014 schedule on Monday, which will include nondistrict games against Hillcrest, North Garland and Fort Worth Wyatt, with locations to be determined. The 9-6A slate includes home games against MacArthur, Sunset, Jesuit, and Irving, along with road games at Turner, Skyline, and Nimitz.

In Class 5A, both Hillcrest and Thomas Jefferson will be part of District 11, which includes Bryan Adams, Conrad, Woodrow Wilson, North Dallas, Carrollton Creekview, and Carrollton Newman Smith. 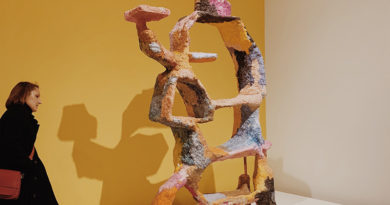 Is Franklin Adding a Monorail?