People often crack jokes at lawyers’ expense — but the tables will turn this week, with members of the Dallas Bar Association’s comedy troupe Bar None leading the way. All the funds raised from the group’s variety show, “Downton Att’y,” will benefit the Sarah T. Hughes Diversity Scholarships at SMU’s Dedman School of Law.

“There is not a great minority representation in the legal community, and the top student candidates are recruited heavily everywhere, but we would like to have them stay in Dallas,” said Preston Hollow resident Matt Anderson, a partner at Munck Wilson Mandala and an assistant director of the show. “By providing a way for quality minority candidates to get a free legal education here at SMU, we are encouraging them to get a quality education here, put down roots here, and stay and practice in Dallas.”

So what can you expect from a Bar None performance? Singing, acting, and even a few tap-dancing lawyers.

“It’s skits and songs that are all unrelated, except for that they all relate to law,” said cast member Cynthia Halatyn, court coordinator for the 68th District Court.

“Lawyers can be so serious, and this is a fun night for the audience to come and kind of laugh at themselves and all our lawyer jokes.”

Bar None choreographer Rhonda Hunter said many lawyers are frustrated thespians or musicians.

“When you are growing up and say ‘I want to be an actor,’ your parents will tell you to get a real job,” said the North Oak Cliff resident, a partner at Farrow-Gillespie & Heath. “The lawyering is the real job.”

The story of a past filled with acting, singing, and dancing isn’t unusual for the members of Bar None.

“I was a music major for a while before I foolishly decided to become a lawyer,” said University Park resident Ken Lambert, a senior partner at Fletcher, Farley, Shipman & Salinas.

While all the participants agree that they have fun performing, it’s the cause that truly drew them into becoming a part of Bar None.

“You want these people to succeed,” gushed M.E. Anderson, Matt’s wife, who has been involved with Bar None since 1991, “because they are going to make a difference in the world.”

There Be Talk of Unicorns at Barnes & Noble 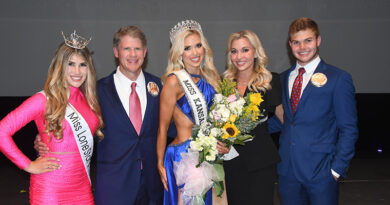 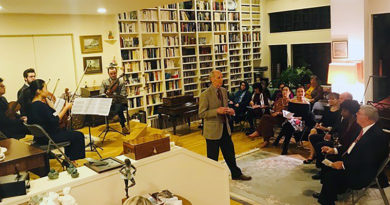